We are delighted to announce that Oceanic Society’s 12-acre property at Blackbird Caye on Turneffe Atoll, Belize is now under permanent protection against inappropriate land development by the Turneffe Atoll Trust, a non-profit organization dedicated to the conservation of Turneffe Atoll.

Today, the property will enter a new phase as Turneffe Atoll Trust assumes ownership of the land and places it under permanent protection from improper development alongside other properties owned by the trust.

At the invitation of a Coastal Zone Management Authority and Institute stakeholder committee, Oceanic Society began working at Turneffe Atoll in the early 1990s. At the time, Turneffe Atoll lacked any formal protection, and little work had been done to catalog the atoll’s impressive biodiversity. With Turneffe facing a variety of threats from unregulated fishing to development, Oceanic Society stepped in to help.

In consultation with partners, we set out to: a) collect data on sensitive and threatened species and document key habitats; b) grow ecotourism in Turneffe by bringing our unique conservation travel programs there; and c) promote the conservation of Turneffe among a variety of stakeholders.

We began by leading research expeditions based out of rented lodges in Turneffe in the 1990s before deciding to purchase the Blackbird Caye Field Station and land in 2001. Our aim was to establish a long-term base of operations for our research and volunteer programs, to bring a permanent conservation presence to Turneffe, and to be an invested stakeholder that lobbied to protect the land at Blackbird Caye from further development. 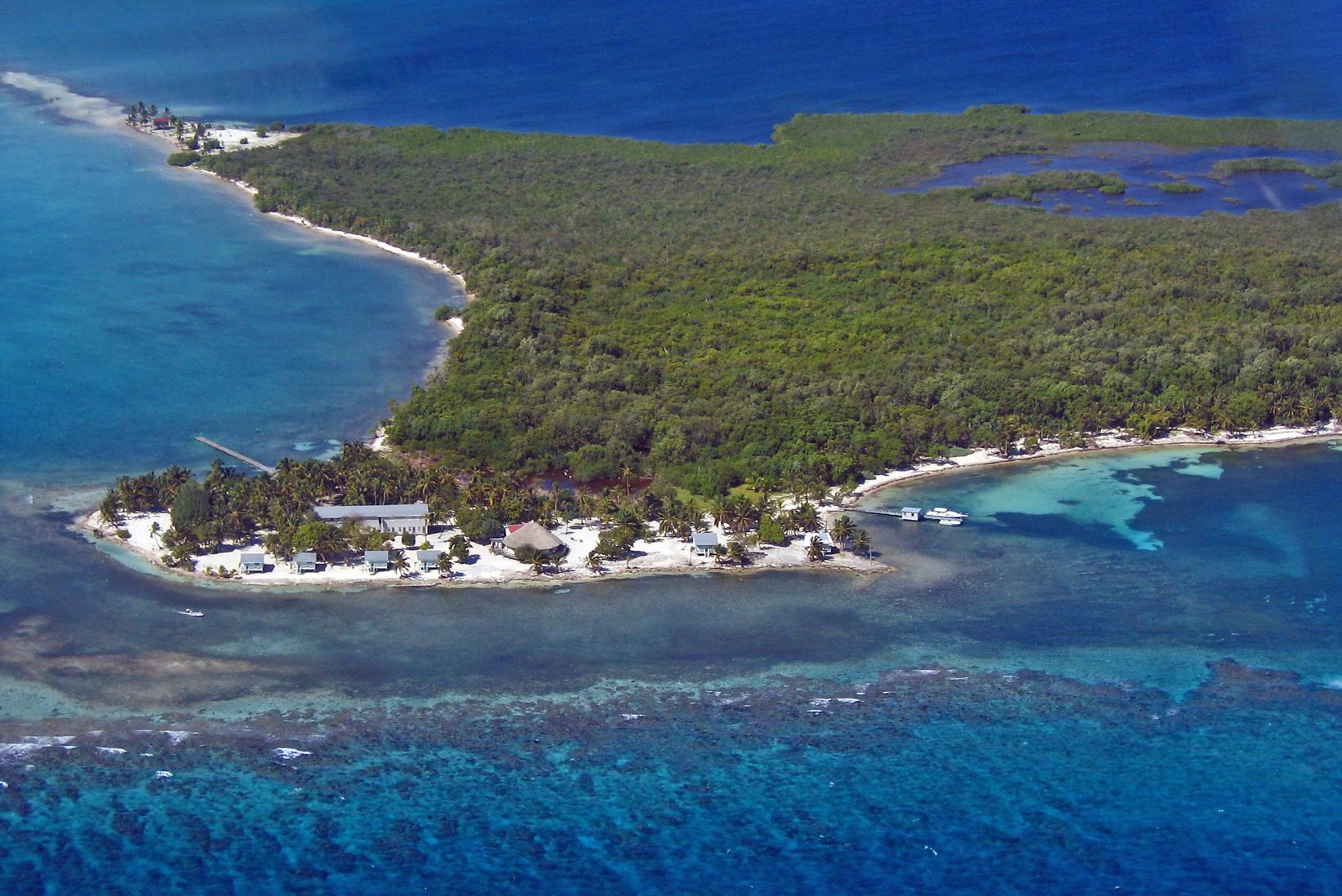 Based out of our center at Blackbird Caye, we partnered with dozens of Belizean and international organizations to collect data on marine mammals (principally bottlenose dolphins and Antillean manatees), coral reef ecosystems, sea turtles, American crocodiles, and more. We generated a variety of long-term datasets (including 22 years of dolphin data and 13 years of manatee data) that helped identify and delineate key habitats throughout the atoll, and we offered the “‘living laboratory” to hundreds of students as a site to gain formal training in marine biology and conservation.

Many of our research programs were fully volunteer-supported, and we welcomed thousands of students, volunteers, and eco-tourists at our field station during its 15 years of operation. See our final Belize field season report from 2015 for a sample of our work at Blackbird.

In 2012, with help from Oceanic Society and its partners, the government of Belize created the Turneffe Atoll Marine Reserve (TAMR) to protect the atoll's ecosystems and to ensure its long-term, sustainable management. Oceanic Society’s two+ decades of research on dolphins, manatees, coral reefs, and sea turtles played an essential role in delineating the marine reserve and its key habitats needing protection.

It was around that time that we began to reflect more deeply on the role of Oceanic Society in Turneffe. Not only did the establishment of TAMR impact the direction of our work, but also the costs of maintaining and operating our aging field station were becoming a burden. In careful consultation among our staff and board of directors, we came to the decision that it was time to seek a new role, and in late 2015 we formally closed the Blackbird Caye Field Station.

We at Oceanic Society could not be happier to know that our 12-acres of land on Blackbird Caye will be permanently protected into the future, that the sea turtles will continue to find a stretch of beach on which to safely nest, that the American crocodiles will still find safe refuge in our lagoon, and that the Cinnamon Hummingbirds, Osprey, spiny-tailed iguanas, boas, vine snakes, basilisks, hermit crabs, and countless other inhabitants will continue to enjoy this island paradise.

Thanks to all who joined us at Blackbird Caye and/or supported our work there in one form or another. We hope you will be as proud as we are to have reached this conservation milestone and to be leaving the Blackbird property in such good hands.

Founded in 2002, Turneffe Atoll Trust is a nonprofit 501(c)(3) company whose purpose is to promote conservation of Turneffe Atoll, Belize while furthering scientific understanding and educating the public about the ecological and economic value of sustainably managing Turneffe Atoll and other sensitive tropical marine habitats.

Founded in 1969, Oceanic Society is America’s oldest non-profit organization dedicated to ocean conservation, with a mission to improve ocean health by deepening the connections between people and nature to address the root cause of its decline: human behavior. Oceanic Society seeks to bridge the gap between awareness and measurable behavior change through its innovative Blue Habits program, and through its international expeditions and California whale watching programs. Oceanic Society is also a global leader in the conservation of iconic ocean life like sea turtles, marine mammals, and coral reefs.

Brian Hutchinson is Oceanic Society's vice president of outreach, co-founder of the State of the World's Sea Turtles Program, and program officer of the IUCN-SSC Marine Turtle Specialist Group. Brian holds a B.A. in zoology from Connecticut College, and has been working to advance global marine conservation for more than a decade.