We are deeply saddened to share the news that humpback whale CRC-12049, known as Fran, washed up dead in Half Moon Bay, CA on August 29, 2022. The cause of death is believed to be a ship strike. Fran was beloved by people across California and the eastern Pacific, and has been described as California’s “most popular” whale. She was frequently sighted in Monterey Bay, as well as on breeding and calving grounds in Mexico. 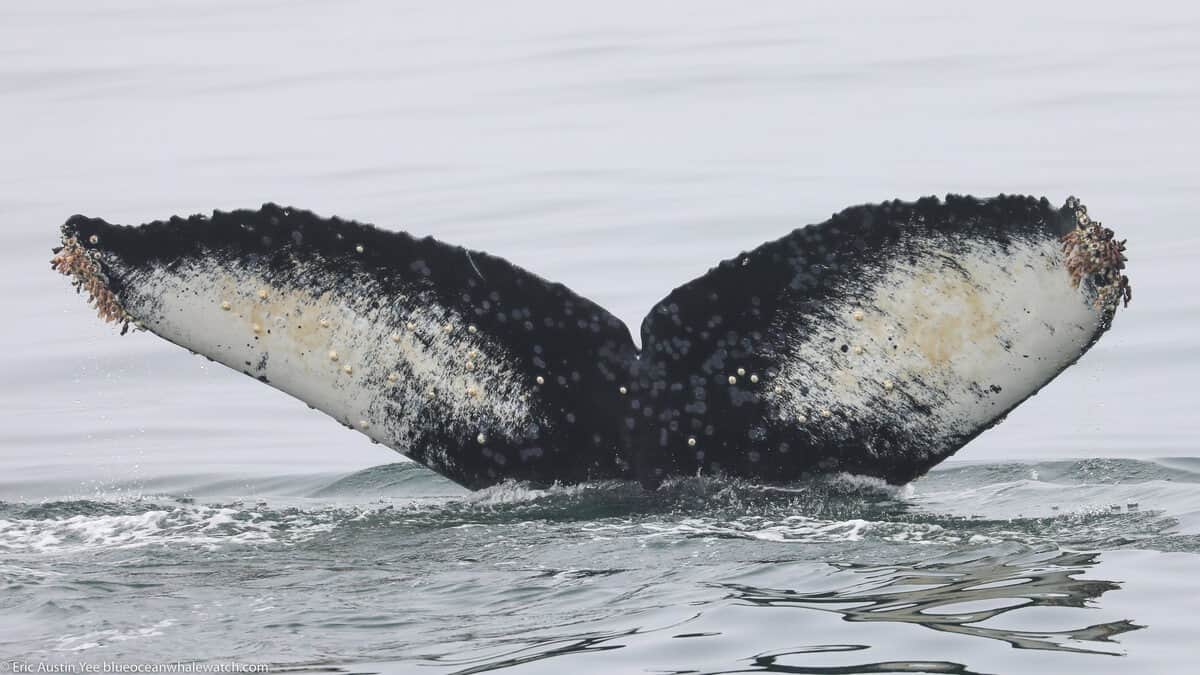 One of hundreds of photographs captured of Fran’s distinctive flukes during her lifetime.

Fran (CRC-12049) was first sighted in August 2005 by researchers from Cascadia Research Collective in California, when she was just a calf. She became one of the most well-known and beloved whales in California, amassing 278 recorded sightings by dozens of researchers and citizen scientists on Happywhale.

Known only as CRC-12049 for a decade, Fran was named in 2015 through Oceanic Society’s name a whale program in partnership with the Whales of Guerrero Research Project by Ferd Bergholz in honor of his late wife. Ferd is an avid whale watcher and citizen scientist who had personally seen Fran on dozens of occasions in Monterey Bay, where she was often found during the summer months.

Fran was the daughter of another whale known to researchers as River or Big Fin, CRC-9019, which was also frequently seen for nearly 30 years (1988 – 2015) until she died. Fran also became a mother, and was first seen with a calf in 2014 by researchers with the Whales of Guerrero Research Project in Mexico. Fran was again seen with a calf this year (2022) in Monterey Bay. Her calf, known as HW-MN0502516, has already been seen 11 times this year. 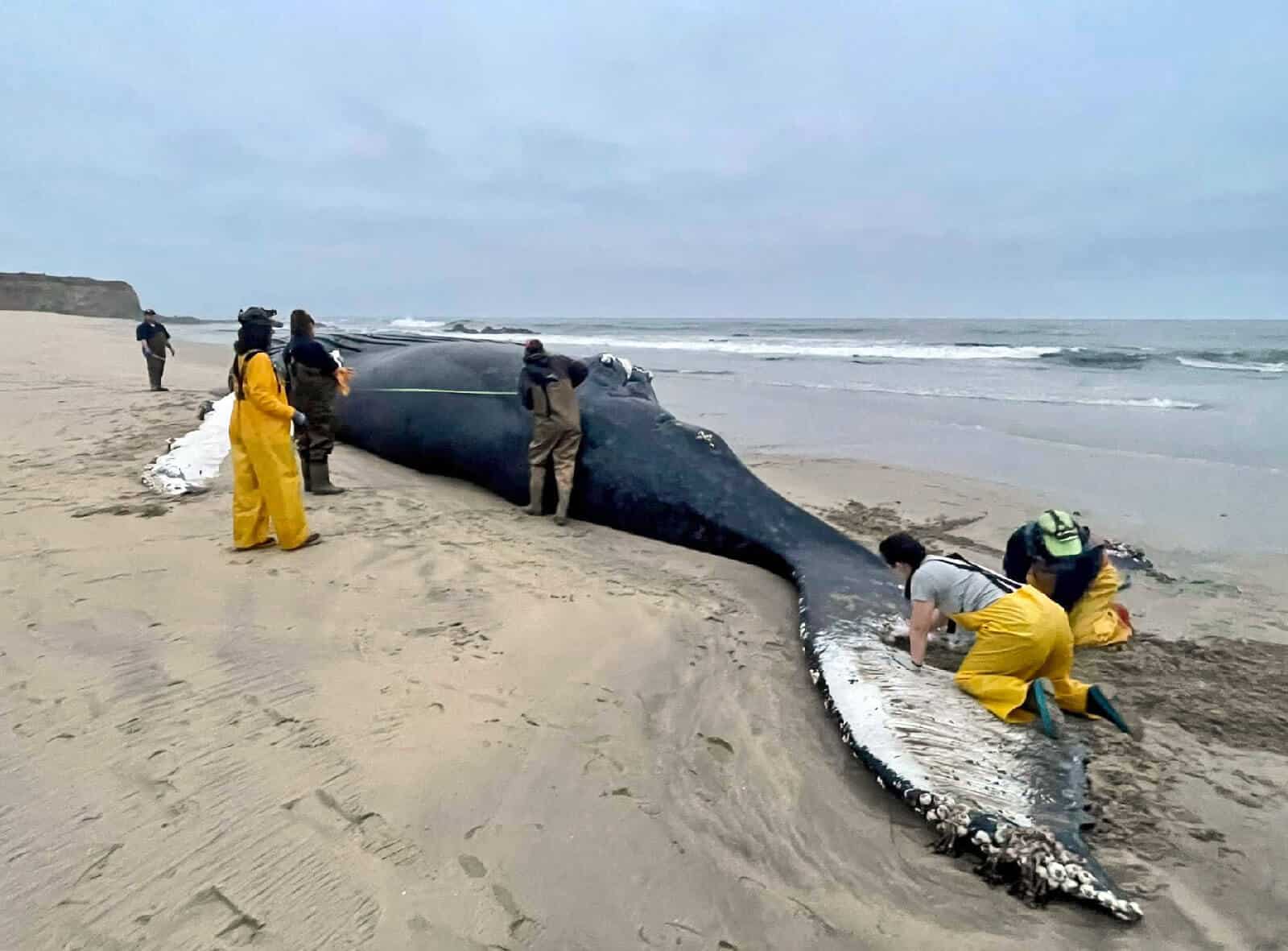 On August 29, 2022, Fran was found washed up on the beach in Half Moon Bay, CA. A necropsy performed by The Marine Mammal Center and California Academy of Sciences concluded that the cause of death was likely a ship strike. Fran is the 5th whale this year to have been killed by a ship in waters off the San Francisco Bay Area. Ship strikes are one of the primary threats to marine mammals, and especially large whales, on the west coast of the U.S., which is home to some of the countries busiest ports.