Sighting of Rare Leucistic Killer Whale at the Farallon Islands

On Sunday, June 26, we had a spectacular encounter with a pod of Bigg’s killer whales hunting during a whale watching trip to the Farallon Islands!

The pod included an incredibly rare leucistic killer whale, identified as CA216C1 “Frosty”, as well as CA216B “Jagged”, CA216B1 “Jaz”,  CA216B2, CA216C “Frosty’s Mom” and CA175A. Frosty in one of only five or six known leucistic killer whales in the world. Leucism is a condition that causes the partial loss of pigmentation in an animal, leading to pale, white, or patchy coloration. 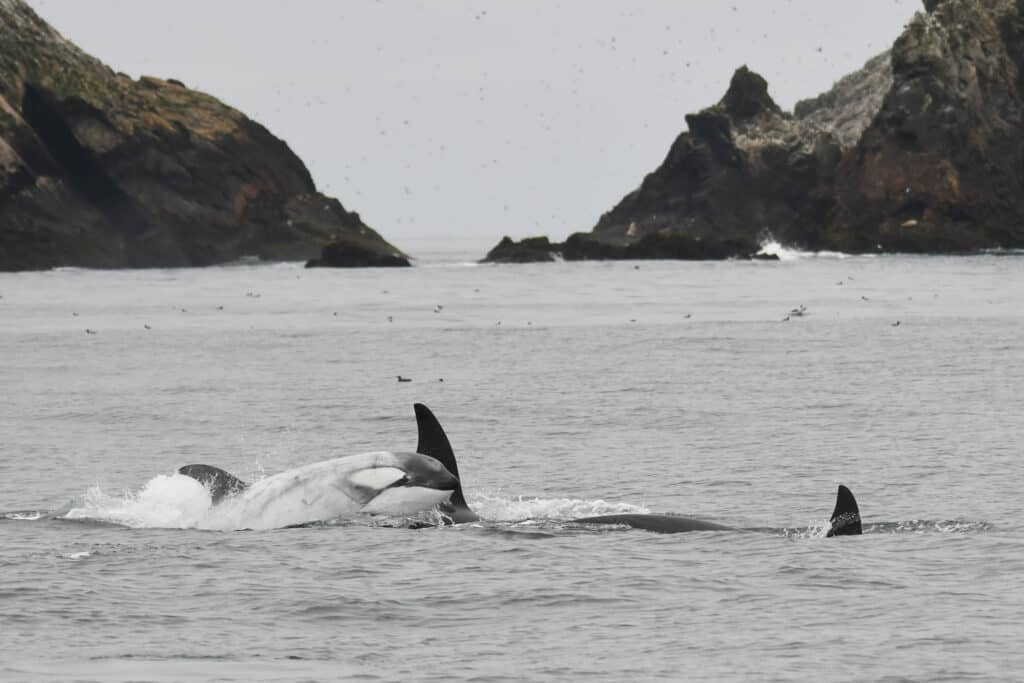 CA216C1 “Frosty” was seen learning how to hunt sea lions alongside its mother and other members of the pod. © Michael Pierson

There are at least ten recognized types (also called forms or ecotypes) of killer whales, and each ecotype differs from each other in appearance, habitat, diet, and social structure. These killer whales are known as Bigg’s, or transient, and are one of the three main ecotypes found in the North Pacific. Bigg’s killer whales tend to live in small pods in coastal waters near their prey, which include other marine mammals like sea lions, porpoises, and dolphins.

During this encounter, we saw the pod actively hunting California sea lions. The pod chased and corralled the sea lions into the aptly named Sea Lion Cove, then one of the large females launched herself through the sea lions and killed one. The females spent a long time teaching the juveniles how to stalk their prey before moving in. 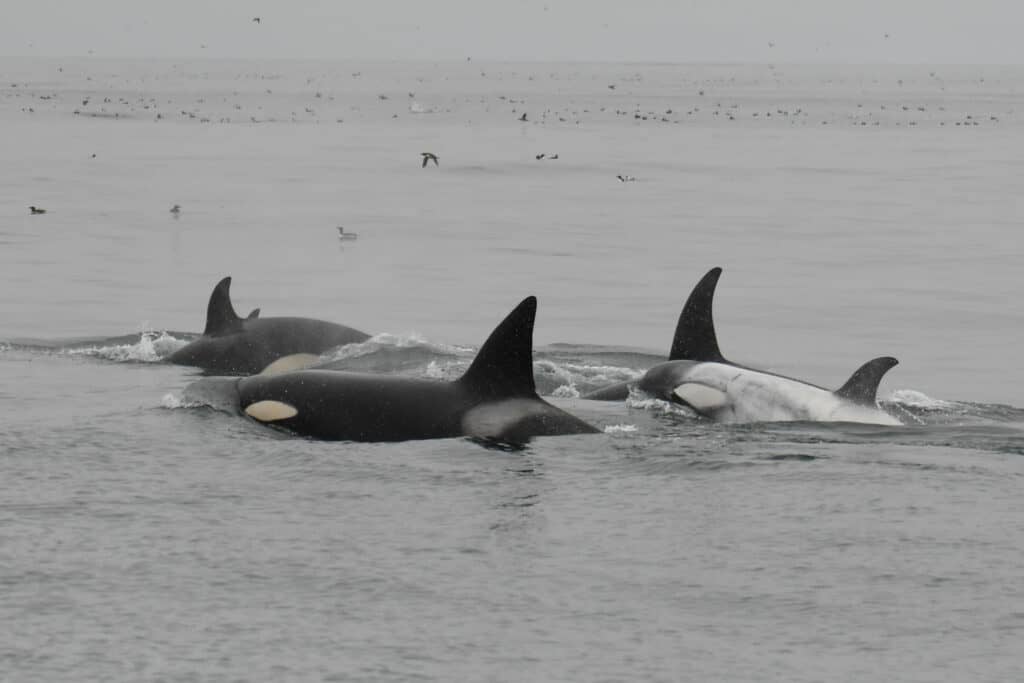 A pod of Bigg’s, or transient, killer whales seen hunting at the Farallon Islands. © Michael Pierson

“It was the single most dramatic, heart pounding and amazing wildlife encounter I’ve ever had. This season has gotten off to an amazing start with this being the 2nd and best orca sighting of the year. Can’t wait to see what else is in store.” Rhys Watkin, Oceanic Society Wildlife Photographer