The approach makes sense: as a whole, we humans do not have the best track record when it comes to protecting our fellow species. At the same time, it is usually in our power to save them. 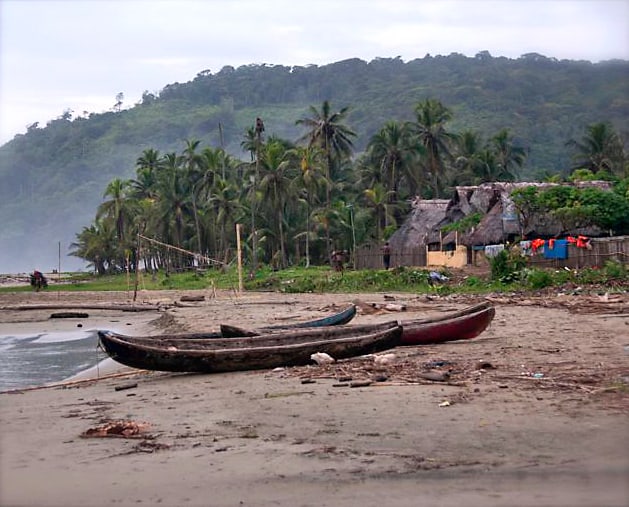 Here, kids play volleyball between cane and thatch houses, while their dads step out of dugout canoes with the day’s catch. Guna tradition upholds that the earth is the Great Mother (Nan Dummad) and all of creation has an essential purpose and should be cared for, not abused. As the geographer Bernard Nietschmann said, “there are two roads to affluence, either by satisfying wants through producing much, or by desiring little. For many … wants are limited and means great” (Ventocilla 1995). It is this culture of conservation that has made Armila one of the world’s top locations for nesting leatherback sea turtles.

But as with any town, change happens. New fossil fuel-powered generators cool refrigerators full of beer and blast the music of a new discoteca late into the night. Local stores sell packs of batteries and boxes of detergent alongside woven baskets. Unfortunately, these changes, especially the production of non-biodegradable trash, have already caused a noticeable decline in the nesting sea turtle population.

To counter these negative effects, community members have established a Commission for the Conservation of Sea Turtles, which has already launched awareness-raising and ecotourism efforts. This year, I’ll be acting as an in-house anthropologist and consultant for the Commission, working on culturally embedded environmental education and waste management. It promises to be quite a journey, and I am so grateful to Oceanic Society for making this possible for me.