We are proud to announce that Oceanic Society has awarded 19 small grants to sea turtle conservation projects in Cabo Verde, Chile, Costa Rica, Ecuador, Fiji, Indonesia, Madagascar, Mexico, Nicaragua, Papua New Guinea, Sudan, and the United States. The grants were made as part of our State of the World’s Sea Turtles (SWOT) Program, a global effort to support and strengthen local sea turtle conservation, which hosts an annual small grants competition.

Since 2006, SWOT’s small grants have helped field-based partners around the world to realize an array of important research and conservation goals. To date, 123 grants have been awarded to 102 applicants in more than 53 countries and territories. The 19 grants awarded in late 2021 were made possible through generous support from the Alben F. Bates & Clara G. Bates Foundation, Marisa I. Hormel Trust, Moore Family Foundation, Offield Family Foundation, and Seiko Watch of America, and the following grant-specific donors.

For the third consecutive year, SWOT partnered with the Association of Zoos and Aquariums (AZA) and its Sea Turtle SAFE (Saving Animals from Extinction) program to make nine additional grants for projects related to the conservation of two of the top global priorities for sea turtle conservation—eastern Pacific leatherbacks and Kemp’s ridley turtles. Those grantees are marked with a (*) on the list below.

The following are brief overviews of our 2021 grantees.

* Sea Turtle, Inc. (USA) will conduct outreach and education among students in the Rio Grande Valley, Texas to engage the local community in helping to protect the critically endangered Kemp’s ridley sea turtles that nest there.

* The Leatherback Project (Ecuador) will survey fishers at various ports to understand their relationships and perspectives around the ocean, marine wildlife, and conservation with the long-term goals of improving the livelihoods of artisanal fishers, increasing marine wildlife populations (including leatherback turtles), and fostering relationships between fishers and governmental agencies. 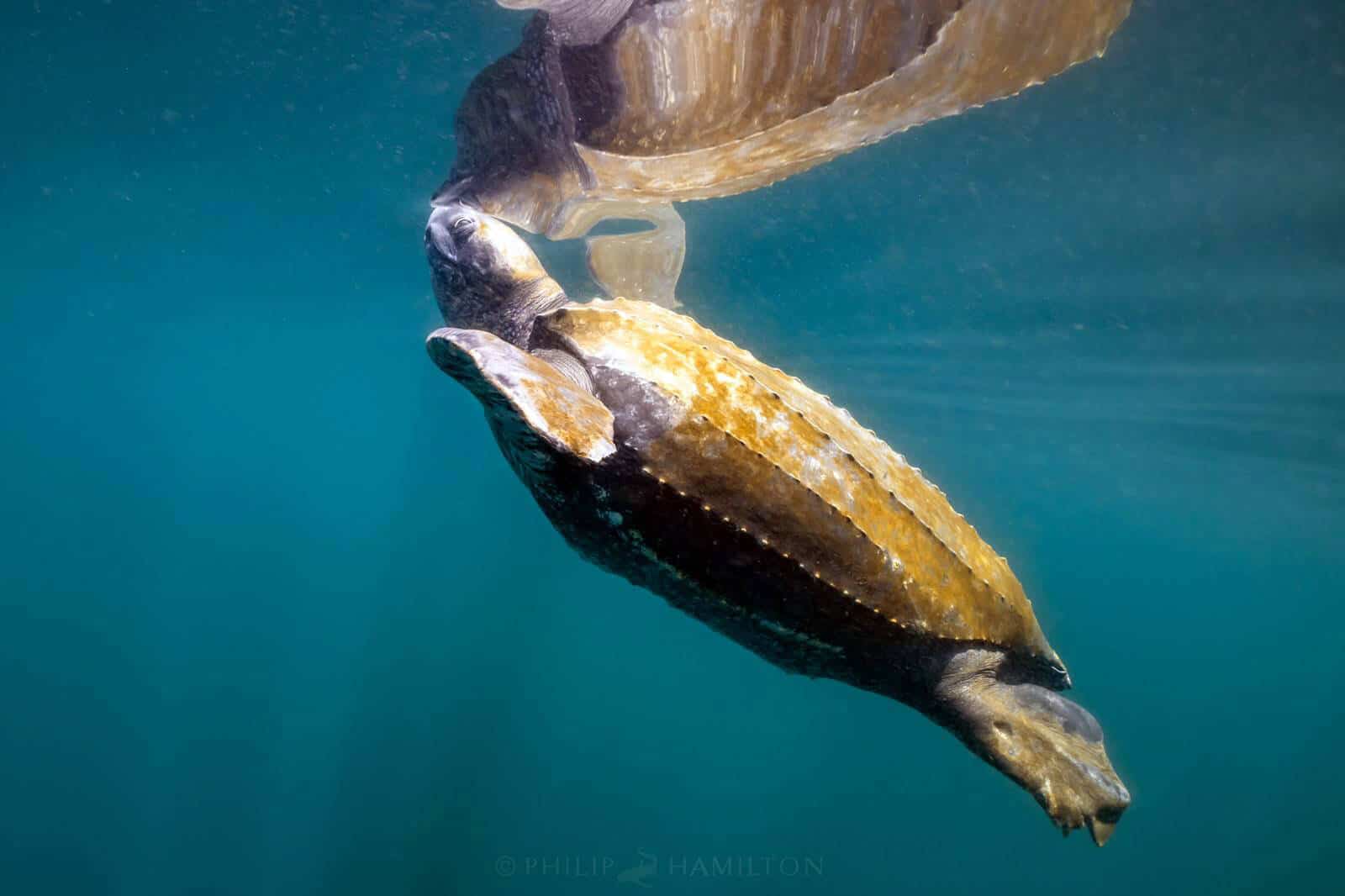 A grant to CIFAMAC in Chile will go to study a newly discovered leatherback turtle feeding area. © Philip Hamilton

* Turtles Fly Too (USA) will recruit and train “Turtle Fliers,” general aviation pilots who contribute their aircraft, time, and expertise to fly cold-stunned sea turtles (including Kemp’s ridleys) to rehabilitation facilities, and will plan their flights and coordinate response teams to help assure the turtles’ survival. 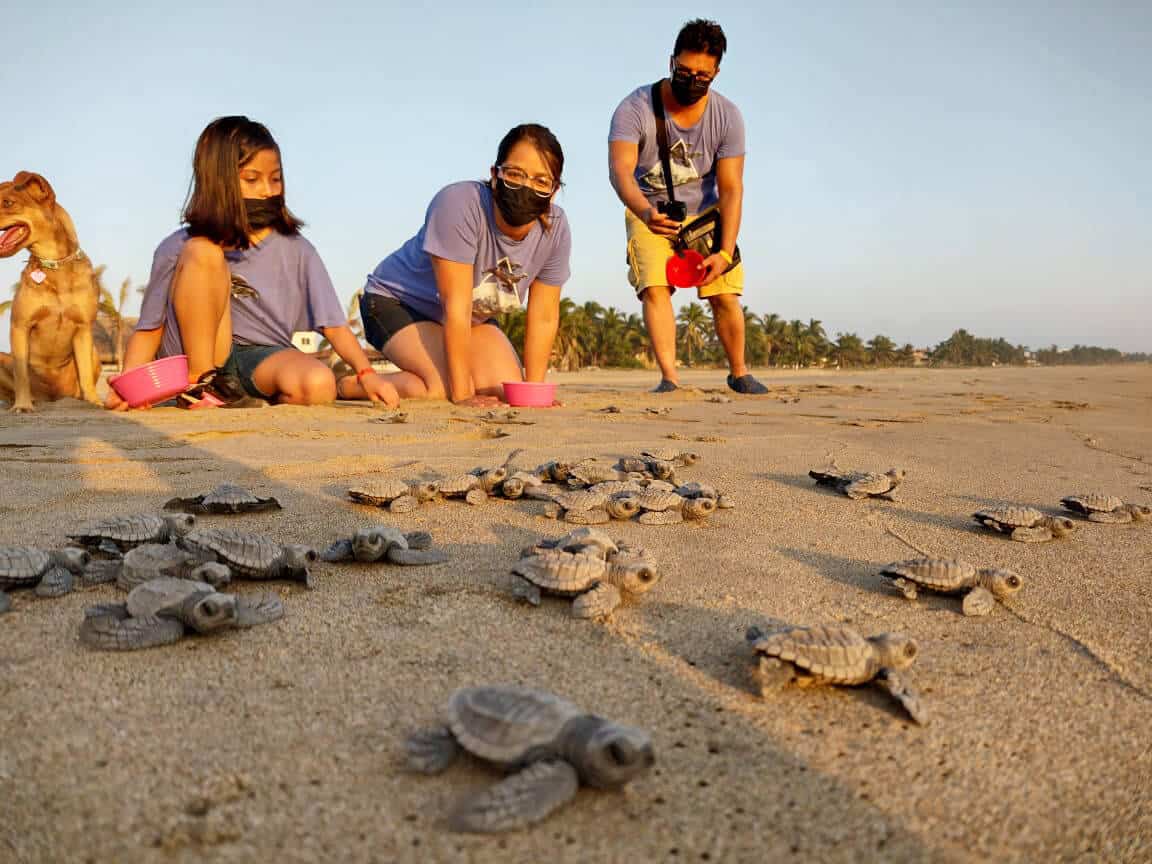 A grant in Mexico will go toward protecting sea turtle nesting beaches in the state of Guerrero on the Pacific Coast. © Campamento Tortuguero Ayotlcalli

* The Gulf Center for Sea Turtle Research at Texas A&M University Galveston (USA) will bring awareness to the public and build a network of volunteers in Galveston, Texas to more quickly locate nesting, stranded, or deceased sea turtles and respond to sick or injured sea turtles (including Kemp’s ridleys). 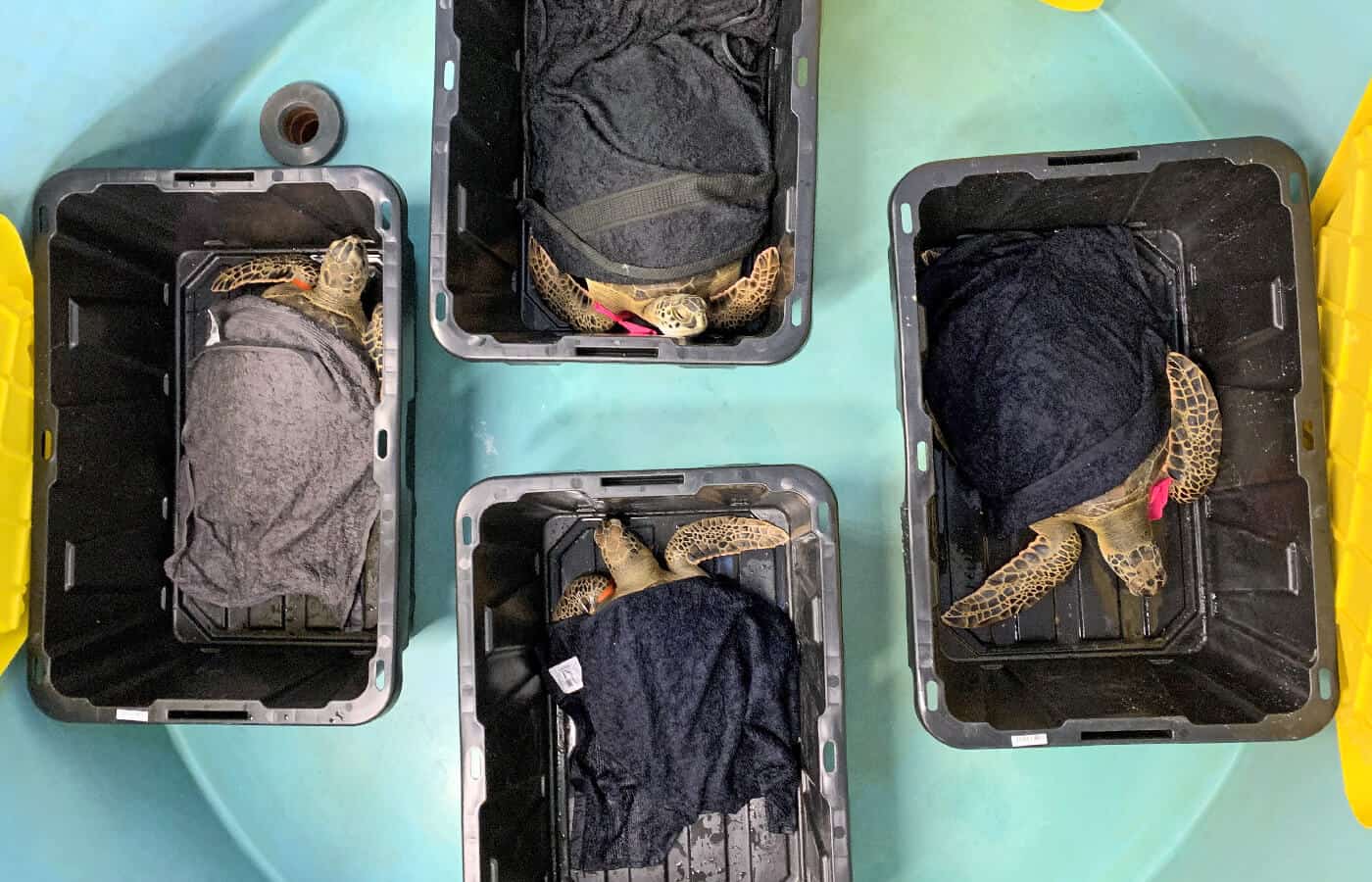 A grant to the Gulf Center of Sea Turtle Research at Texas A&M University Galveston will go toward the expansion of their volunteer network for sea turtle rescue in Texas.

Abdel-Rahman El Mahdi (Sudan) will fill the data gap on nesting and foraging sea turtles in the Marine Protected Area of Dungonab Bay and Mukkawar Island to inform conservation and management efforts in the MPA.

Aroen Meubanja Community Group (Indonesia) will conduct a comprehensive study on leatherback turtle habitat use in Sumatra in collaboration with local communities to provide the necessary ecological foundation for a management strategy for leatherback sea turtles.

** Comunidad Protectora de Tortugas de Osa (COPROT) (Costa Rica) will expand a community-based recycling center that upcycles plastic debris collected on sea turtle nesting beaches of the Osa Peninsula and will host an educational workshop to familiarize the community with plastics and their threats to sea turtles and ecosystem health.

*** Centro Mexicano de la Tortuga (Mexico) will assist with the management of olive ridley turtle arribada sites and operate their regional rescue and rehabilitation center that provides medical care and facilities for injured and sick turtles in the state of Oaxaca. 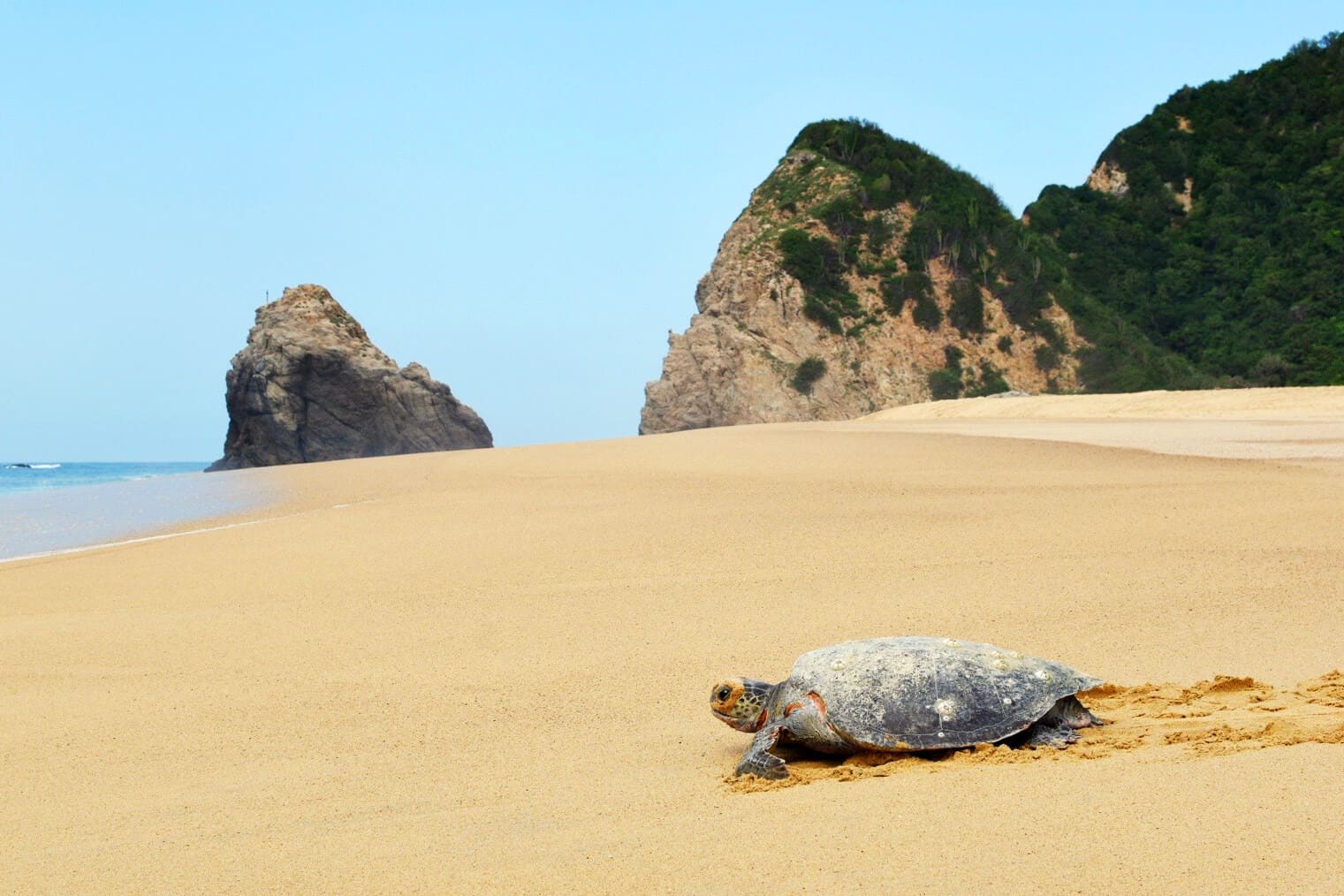 *** Colola Proyecto de Tortugas (Mexico) will continue their vital nest protection and monitoring work that has helped to dramatically increase the once-failing population of black (green) sea turtles and unite the communities of Colola, Maruata, and others around sea turtle conservation in the state of Michoacán.

**** Fundação Tartaruga Cabo Verde (Cabo Verde) will receive Scubapro snorkel equipment provided by SC Johnson that will allow them to lead swimming lessons integrated with environmental education to the children of Boa Vista with the goal of connecting them to endangered sea turtles and their habitats.

Ashleigh Bandimere is Oceanic Society's sea turtle program coordinator. Ashleigh earned a Bachelor’s in Biology from the Santa Clara University and a Master’s in Biodiversity and Conservation from the CSIC in Spain, and has dedicated her post-graduation career to sea turtle conservation. Her personal and professional interests are sustainable travel and spreading appreciation and respect for marine ecosystems and biodiversity.