Every four years, the world’s largest federation of nature experts — The International Union for the Conservation of Nature (IUCN) — hosts the World Conservation Congress, an event that brings together government and non-government voices from more than 160 countries to help shape the global conservation agenda. 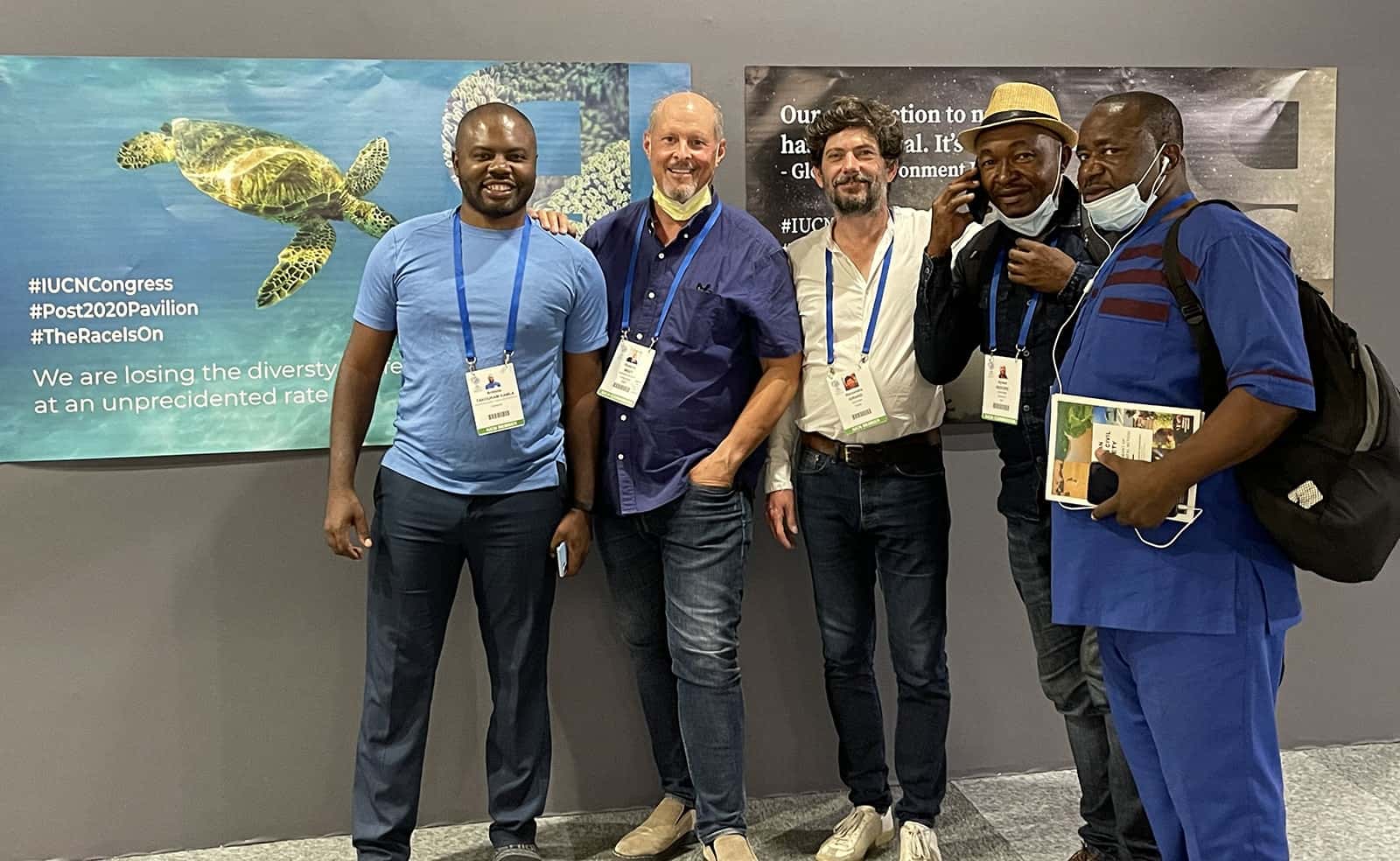 Meeting with sea turtle specialists at the IUCN World Conservation Congress in Marseille.

I was pleased to represent Oceanic Society at the event, where, in addition to participating in numerous workshops and meeting with colleagues, I also presented new draft guidelines for identifying Important Marine Turtle Areas (IMTAs). The framework was developed by the IUCN-SSC Marine Turtle Specialist Group, a global expert network that I have co-chaired since 2003 and that Oceanic Society has supported since 2012.

The new guidelines, published in a report entitled Important Marine Turtle Areas: Guidelines 1.0, were developed by the Marine Turtle Specialist Group as part of a broad portfolio of activities to protect sea turtles and their habitats worldwide. Developing the guidelines was a multi-year consultative effort that is part of the group’s Burning Issues process, an effort to prioritize sea turtle research and conservation activities globally. The work was supported by the French National Office of Biodiversity (OFB), the The Mediterranean Protected Areas Network (MedPAN), Specially Protected Areas Regional Activity Centre (SPA/RAC), and several private donors.

The IMTA process mimics and complements similar efforts that have already been undertaken for birds (Important Bird Areas) and marine mammals (Important Marine Mammal Areas). Such tools have contributed greatly to national and international processes to better conserve biodiversity. For example, the United Nations (UN) is now negotiating a legally-binding instrument under the UN Convention on the Law of the Seas for the protection of areas beyond national jurisdiction (aka the “high seas”) where sea turtles currently roam unprotected. And, parties to the Convention on Biological Diversity committed to protect 10 percent of the world’s oceans by 2020, with calls to expand this to 30 percent by 2030 based on the many initiatives that are underway to create networks of marine protected areas. The development of IMTAs will help to assure that the areas of greatest importance for preventing sea turtle extinctions are included in these global conservation initiatives.

About the Marine Turtle Specialist Group

The IUCN-SSC Marine Turtle Specialist Group is the “global authority on sea turtles” representing more than 300 experts worldwide who are responsible for maintaining up-to-date information on the status of marine turtles globally. The group is fiscally-sponsored by Oceanic Society, and is co-chaired by me (Roderic Mast) in collaboration with Paolo Casale of the University of Pisa, with support from Oceanic Society staffers, Brian Hutchinson and Ashleigh Bandimere, who serve as the group’s program officer and communications officer, respectively. Learn more at https://www.iucn-mtsg.org/.

Roderic Mast is Oceanic Society’s President and CEO. He is a lifelong conservationist, a marine biologist, and an experienced travel guide who got his start as a naturalist in the Galápagos Islands. Rod is an expert in sea turtles, and is the both the co-chair of the IUCN-SSC Marine Turtle Specialist Group and the co-founder of the State of the World’s Sea Turtles (SWOT) Program, which is managed by Oceanic Society. Rod is also a passionate photographer, author, and public speaker.