Home / Blog / The Shark That Can Walk on Land

Yes, you read that right—there is a shark that can walk on land. The incredible epaulette shark is not only a perfectly capable swimmer, but it can also “walk” between coral heads at low tide, along the seafloor, and even on land when needed. For that reason, it is often called the “walking shark.” 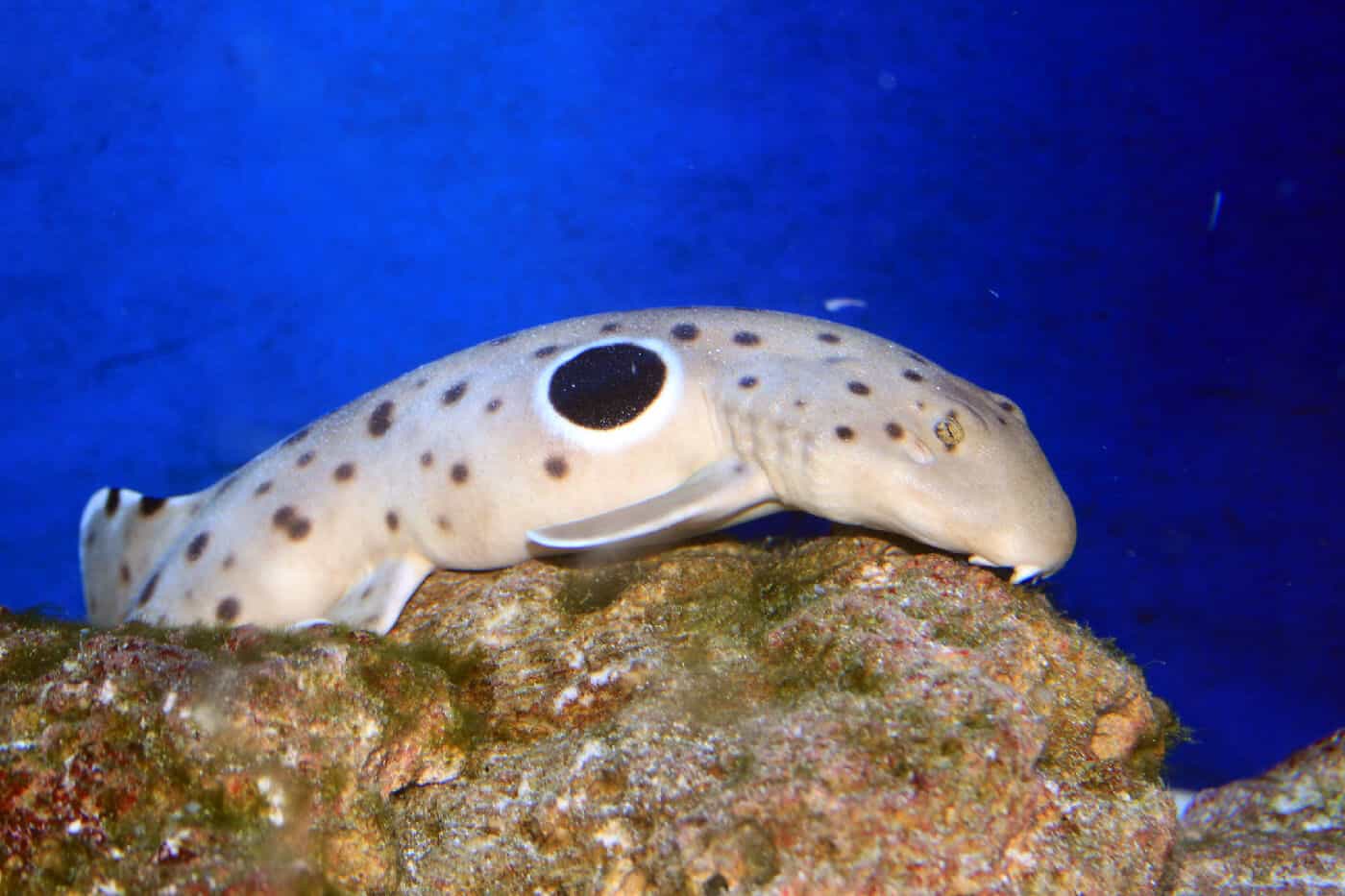 How can epaulette sharks walk on land?

There are a couple of impressive evolutionary adaptations at work here. First is the ability to walk. The environments that epaulette sharks inhabit are complex, shallow, obstacle-filled coral reef systems. In order to successfully navigate the cracks and crevices of this habitat while pursuing their prey (crustaceans, worms, and small fish), epaulette sharks evolved the ability to walk along the seafloor using an undulating, crawling motion. This movement is possible through evolutionary adaptations in their pectoral and pelvic fins that have increased their range of motion and functionality as “feet.” Even though they can swim just fine, these sharks are often seen ably walking along the seafloor or across the reef.

The second adaptation that allows the epaulette shark to walk on land is its ability to survive for extended periods of time with little to no oxygen. The reef systems that these incredible “walking” sharks inhabit can be very shallow—so shallow that during low tide isolated pools of water form between exposed reef structures. Those pools can trap fish, crabs, and other animals, and the level of oxygen in the water can drop by 80% or more through their respiration. Epaulette sharks can become trapped in those low oxygen pools, and they are also known to actually walk across exposed sections of the reef to hunt for prey in places where other predators can’t go and prey have little chance of escape. To be able to survive with little or no oxygen in those situations—as they pursue isolated prey, or escape from low-oxygen tide pools—epaulette sharks have evolved the ability slow their heart rate and breathing, and to gradually limit blood flow to certain parts of the brain.

Together, the epaulette shark’s ability to a) walk on its pectoral fins, and b) survive for extended periods with little or no oxygen allow these incredible sharks to actually walk on land.

Where can you see walking sharks?

We often see walking sharks on our Raja Ampat liveaboard snorkeling trips in Indonesia, and it is common to find them walking across the seafloor or reef. They are most active at dawn and dusk, so we frequently see them during nighttime snorkeling excursions at Aljui Bay (we usually arrive as the sun is setting), and, with luck, on the morning of our bird of paradise outing. We visit the bird leks just before dawn, and return around 8am. If it happens to be low tide, we sometimes see the sharks walking across the tops of coral heads in search of prey. We also sometimes encounter them resting during the day, usually tucked under a coral head or wedged in a crack on a wall face.

Here are some photos and video taken by Wayne Sentman, our director of conservation travel programs, during Oceanic Society expeditions: 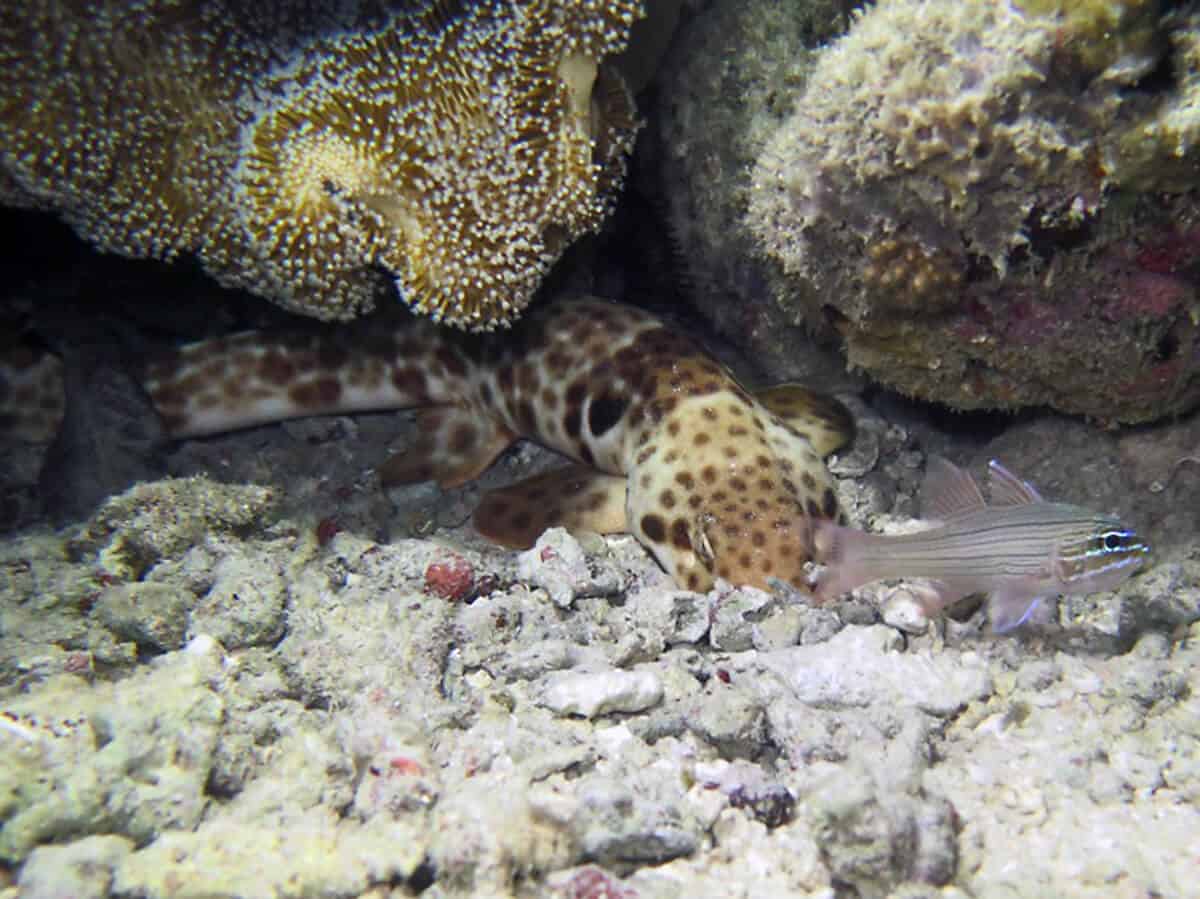 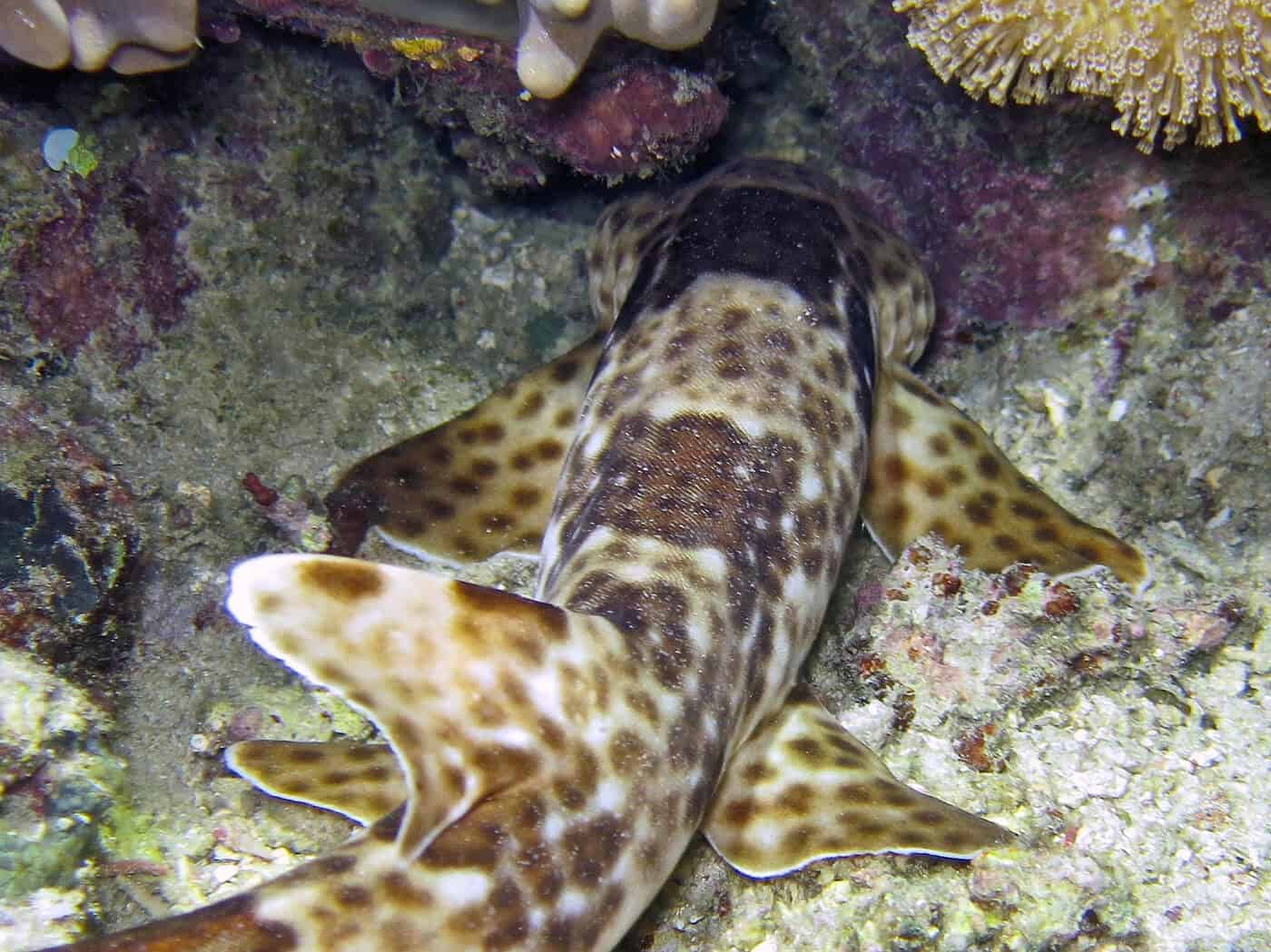 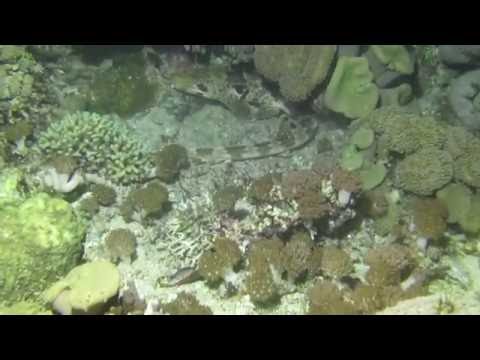 There are nine known species of walking shark (Hemiscyllium spp., commonly called epaulette, carpet, or bamboo sharks) that are found only in Australia, Indonesia, and Papua New Guinea. New walking shark species are still being discovered as scientists explore the diverse Coral Triangle region, including one in 2013 (Hemiscyllium halmahera) and in 2006 (Hemiscyillum freycineti). All epaulette sharks are known to walk across the reef and seafloor, but it is Hemiscyllium ocellatum (most commonly called the epaulette shark) that has been most widely studied for its ability to walk outside of the water. 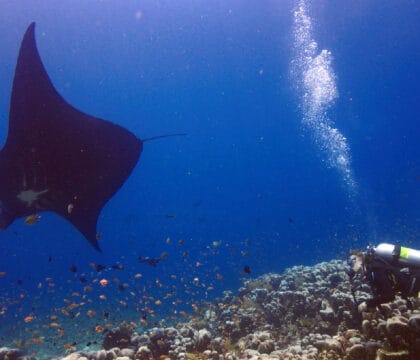 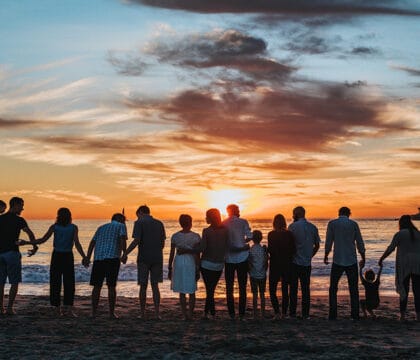