One of the most exciting aspects of making the trip to the Farallon Islands is that we never know just what we might encounter. And on Sunday, September 5 we were fortunate to encounter a pod of three killer whales!

Killer whales, also called orcas, are the largest member of the dolphin family and can be found in all of the world’s oceans. There are at least ten recognized types (also called forms or ecotypes) of killer whales, and each ecotype differs from each other in appearance, habitat, diet, and social structure. In the North Pacific, there are three recognized ecotypes — resident, transient (also called Bigg’s), and offshore. 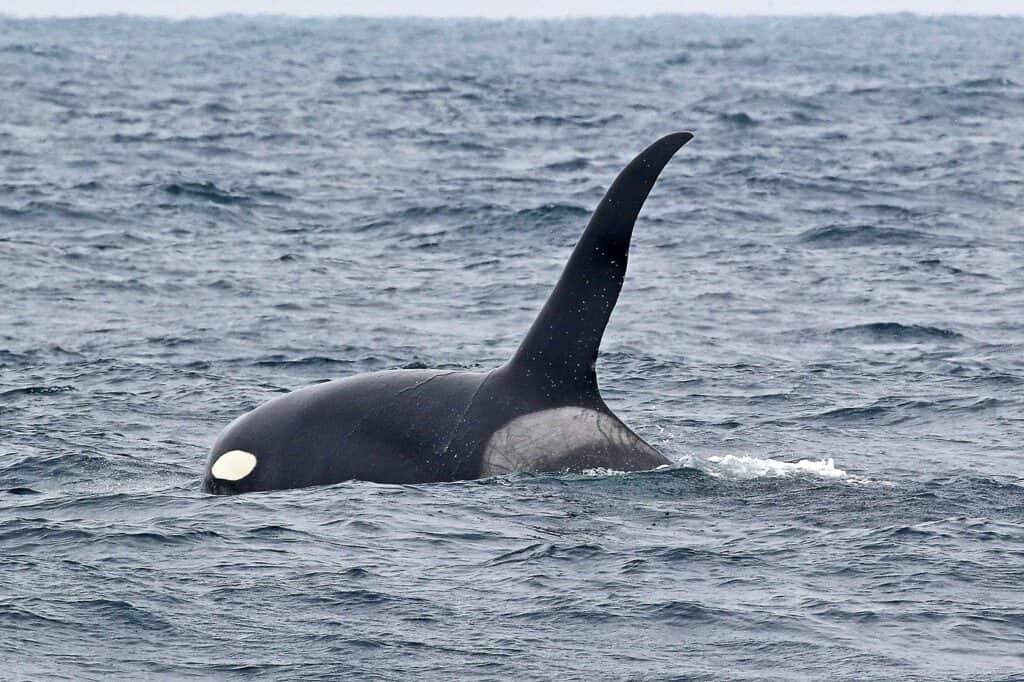 One of three killer whales spotted the first weekend of September aboard our Farallon Islands whale watching trip. Our photographs helped researchers to identify these whales. © Allison Payne

Thanks to images captured by our volunteer cetacean monitors during the trip, the killer whales were identified by researcher Josh McInnes at the University of British Columbia’s Marine Mammal Research Unit. According to Josh, the whales are part of the outer coast transient killer whale assemblage that he and colleagues are studying (you can access their complete photo ID catalog here). The female with the large notch is known as OCT041 and she has two offspring, an adult male OCT041A and OCT041B. Transients are the most common ecotype seen along the California central coast, which is where these individual whales are typically sighted. Transients tend to travel in small pods, often consisting of a mother with her calves and adult male offspring, which is the case with the trio we spotted! 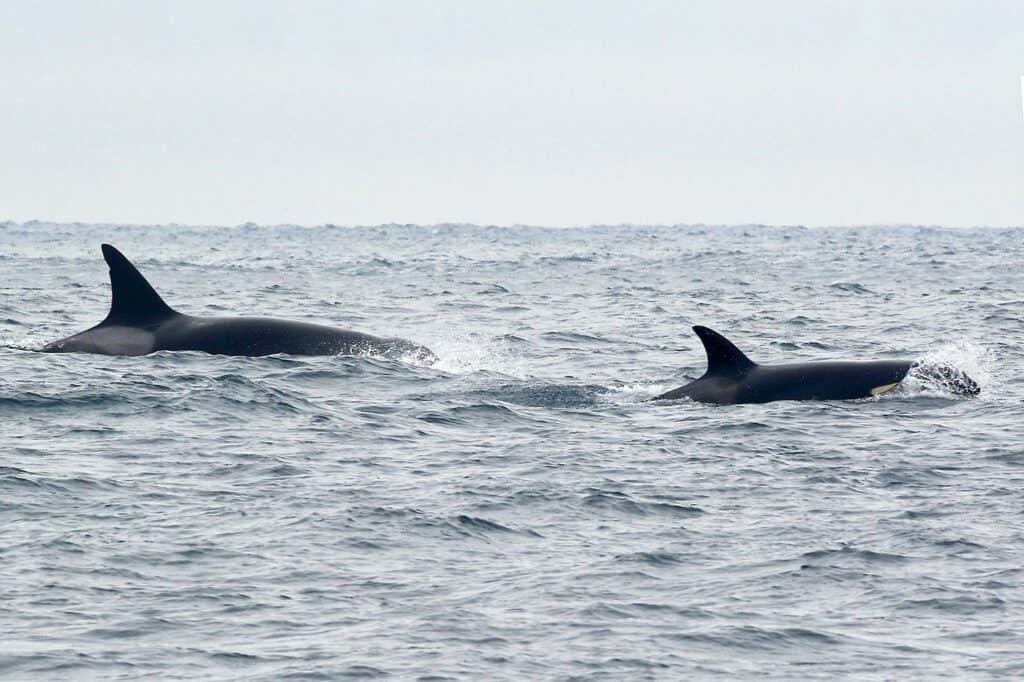 Two of the three killer whales we saw on September 5. At left, a female known as OCT041, and her calf OCT401B, at right. © Allison Payne

Killer whales are not observed in California as frequently as other cetaceans, which means that it’s especially important to share sightings and photographs  with researchers like Josh who are working to identify individuals, estimate population sizes, and learn more about their lives. All of our trips to the Farallon Islands have wildlife biologists and a professional photographer onboard, which allows us to collect and share sighting and photographic data on marine mammals with a network of researchers. You can see all of our whale sightings on Happywhale.

Beyond these killer whales, we’ve had outstanding whale and wildlife sightings on our Farallon Islands whale watching trips this year, including more than 400 humpback whales since our season began in April. Trips run on Saturdays and Sundays into November – don’t miss your chance to join! 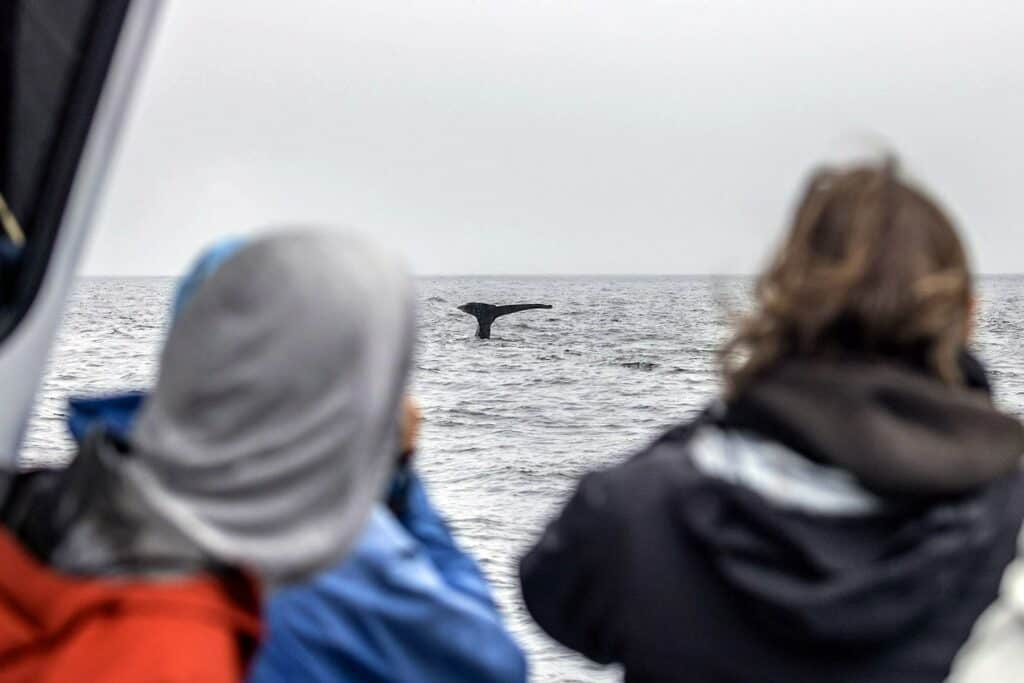