From Monkeys to Macaws, 15 Photos That Will Move Costa Rica to the Top of Your Travel List

Home / Blog / From Monkeys to Macaws, 15 Photos That Will Move Costa Rica to the Top of Your Travel List
© Brian Hutchinson

When it comes to ecotourism destinations, Costa Rica often ranks at the top of the list. These images from our 2018 Costa Rica eco tour will show you why. Our trips venture off of the beaten “tourist trail” to explore the unique wildlife and wilderness that make Costa Rica so special.

We visit one of the world’s few mass nesting beaches for olive ridley sea turtles, and our trip is timed to maximize the chance to see an “arribada” of thousands of sea turtles coming ashore to nest at once. We’ll also watch adorable baby turtles as they emerge from the sand and make their way to the ocean.

You’ll have the opportunity to see waterfalls and fumerols near an active volcano, relax in geothermal hot springs, and look for abundant wildlife in the dry forest. We’ll also explore the beautiful rainforest of the Osa Peninsula, described as one of the most biodiverse places on Earth, to look for playful monkeys, colorful birds including Scarlet Macaws, brightly-colored poison dart frogs, and more. Scroll down to spark your interest with 15 pictures that will make you want to pack your bags today. 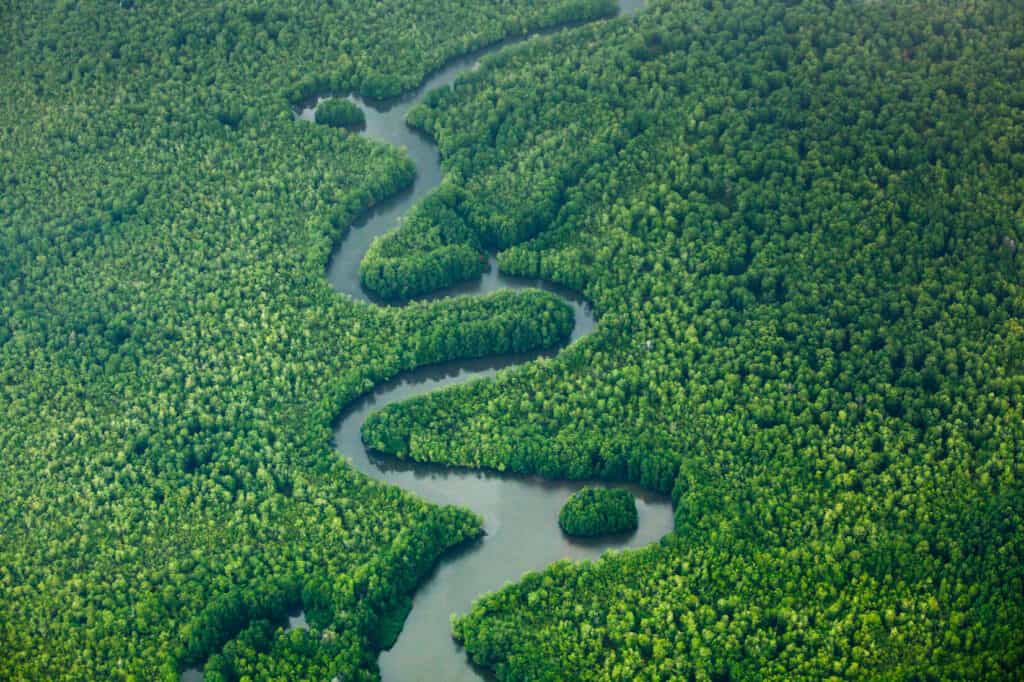 The Osa Peninsula is home to the best rainforest in Costa Rica. © Brian Hutchinson

On the flight in to the Osa Peninsula you are greeted by thick rainforests and winding rivers that lead to expansive Pacific beaches. 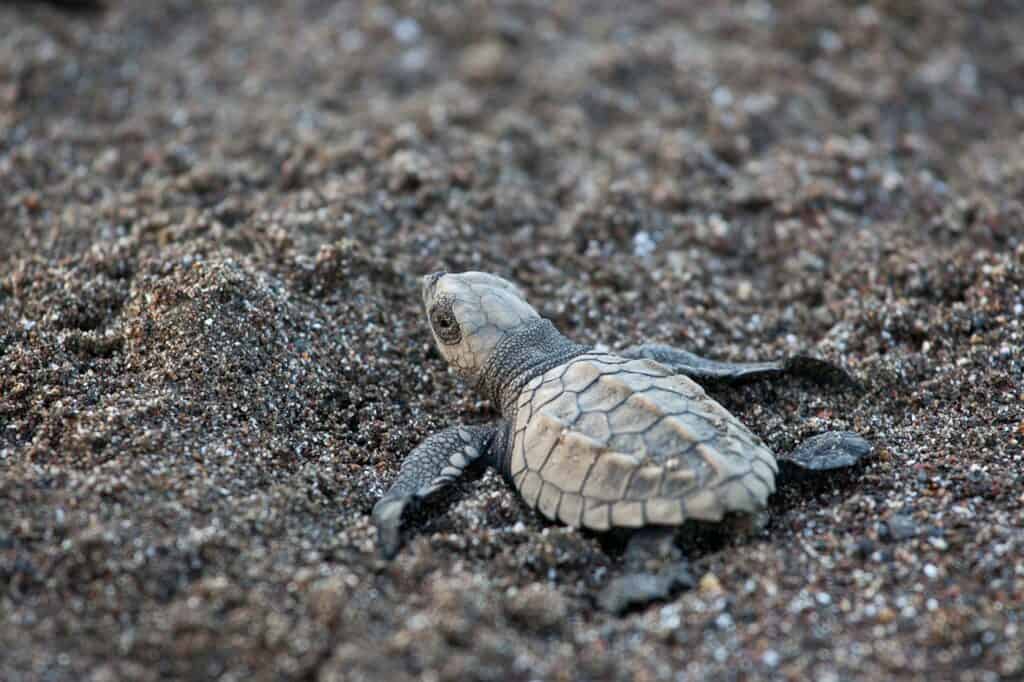 A baby olive ridley sea turtle makes its way down the beach at Playa Ostional. Scientists estimate that only one in a thousand will make it to adulthood! 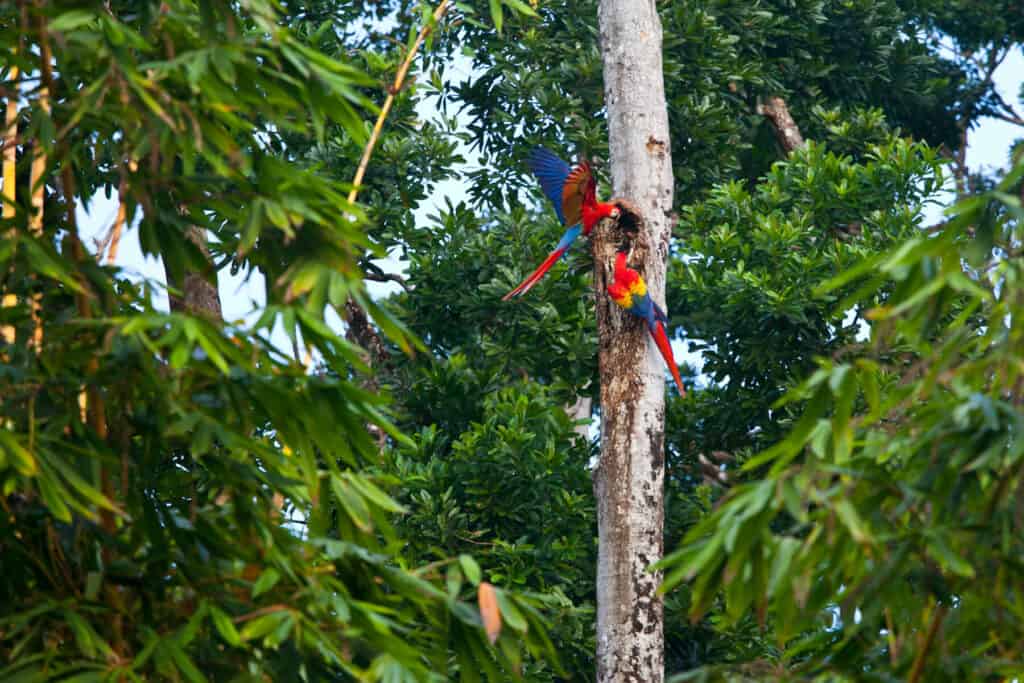 The Osa Peninsula is one of the best places to see wild Scarlet Macaws. © Brian Hutchinson

Scarlet Macaws can be readily seen on Costa Rica’s Osa Peninsula. These colorful and charismatic birds mate for life! 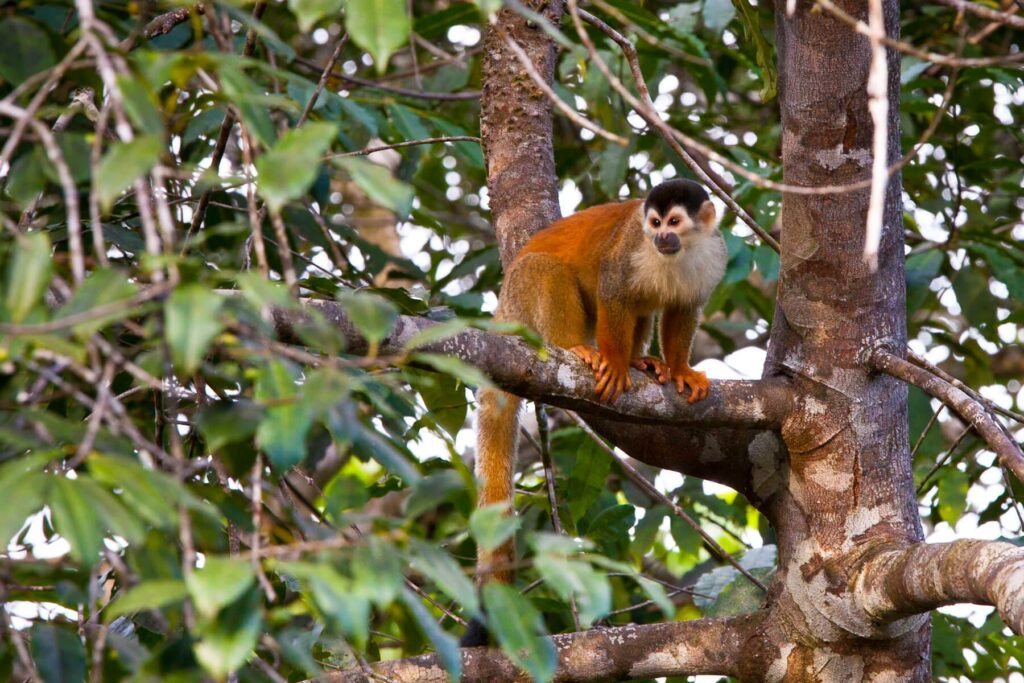 Playful and inquisitive, squirrel monkeys live in groups of up of 20-75 individuals! 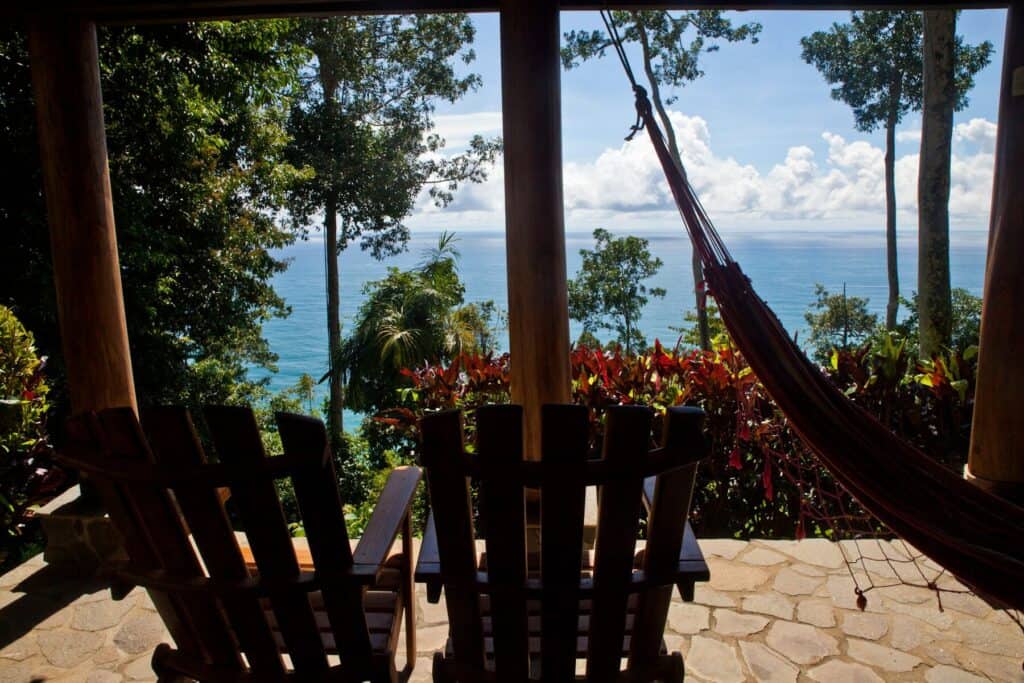 Wake up to breathtaking coastal views and the wild sounds of the rainforest on the Osa Peninsula. 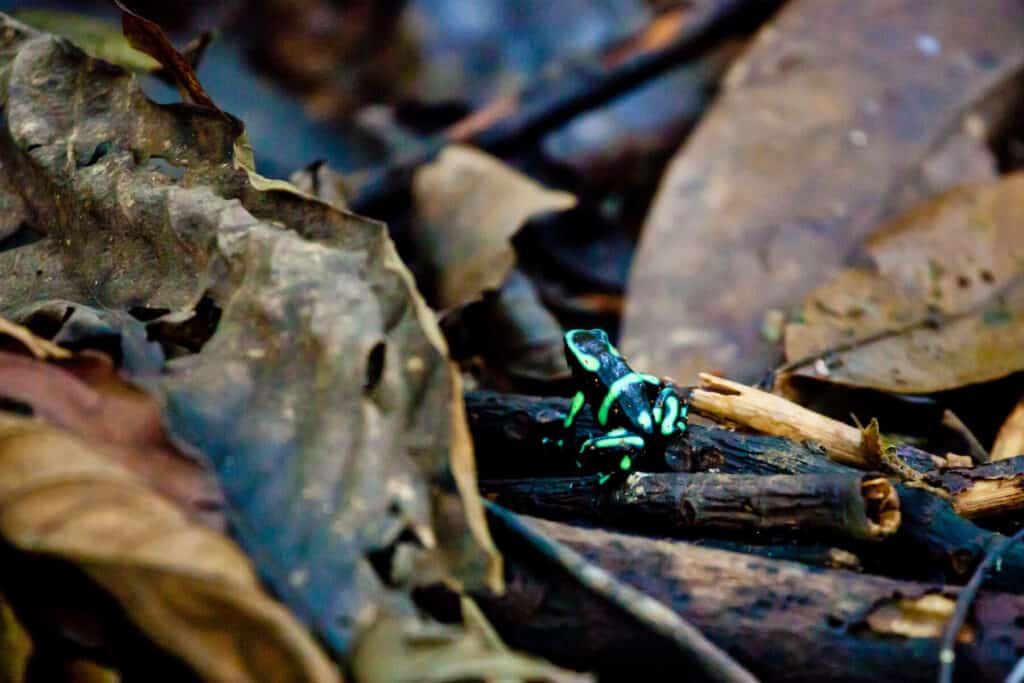 A green and black poison dart frog on the Osa Peninsula. © Brian Hutchinson

Poison dart frogs, like this green and black poison arrow frog, are brightly colored, warning predators to keep away. 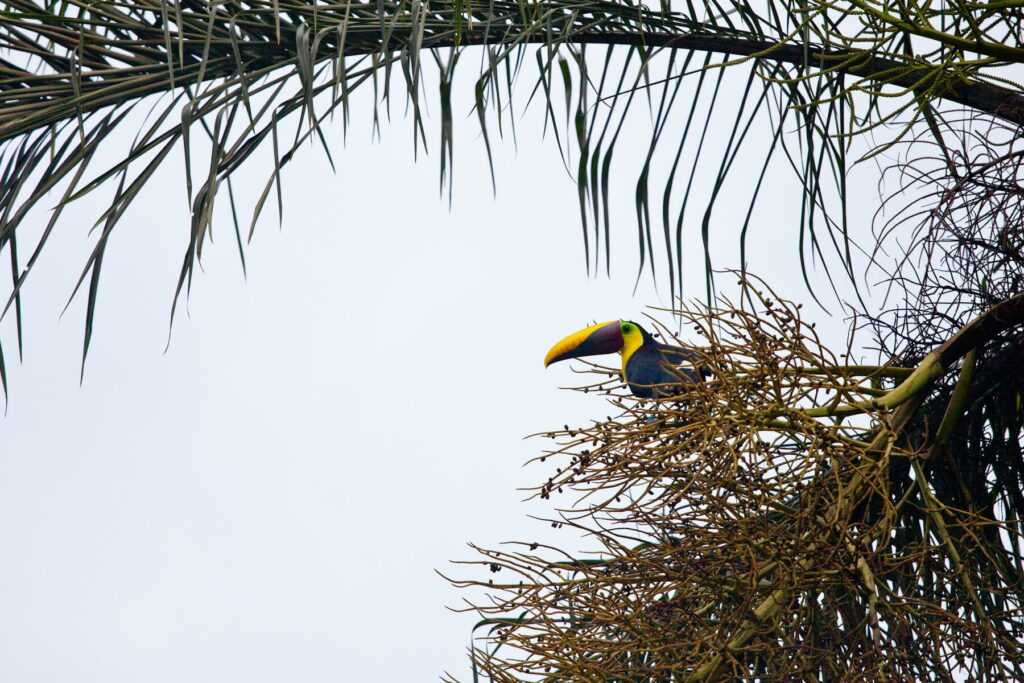 Big, colorful, and boisterous, Chestnut-mandibled Toucans are a delight to watch. 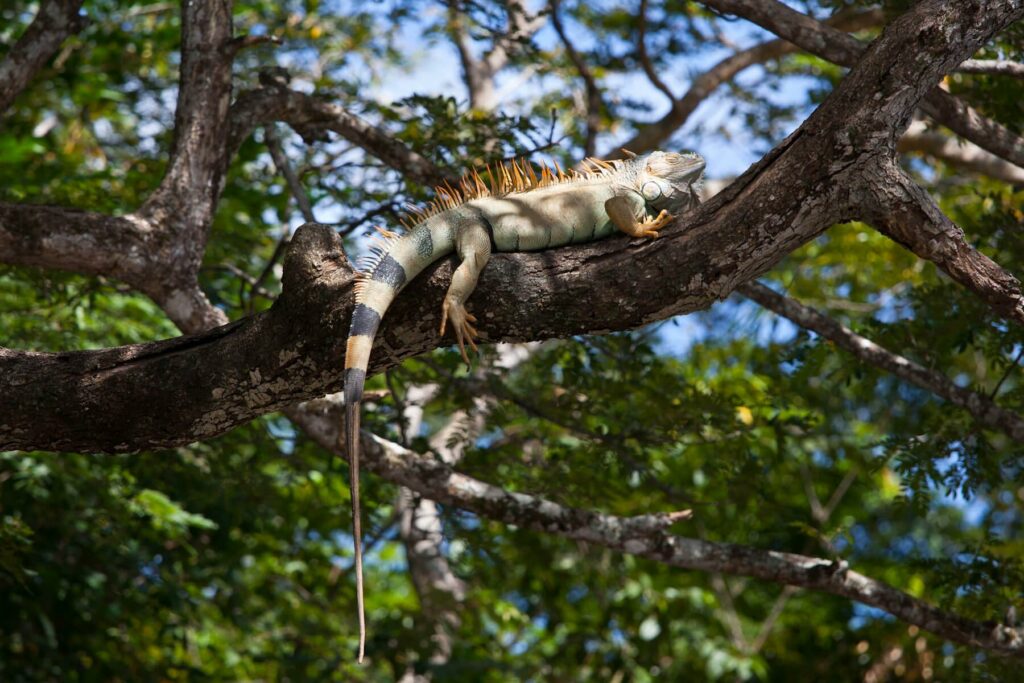 Look up along the banks of the Río Tempisque and you may spot green iguanas. They can grow to more than 6 feet long and live to 20 years of age. 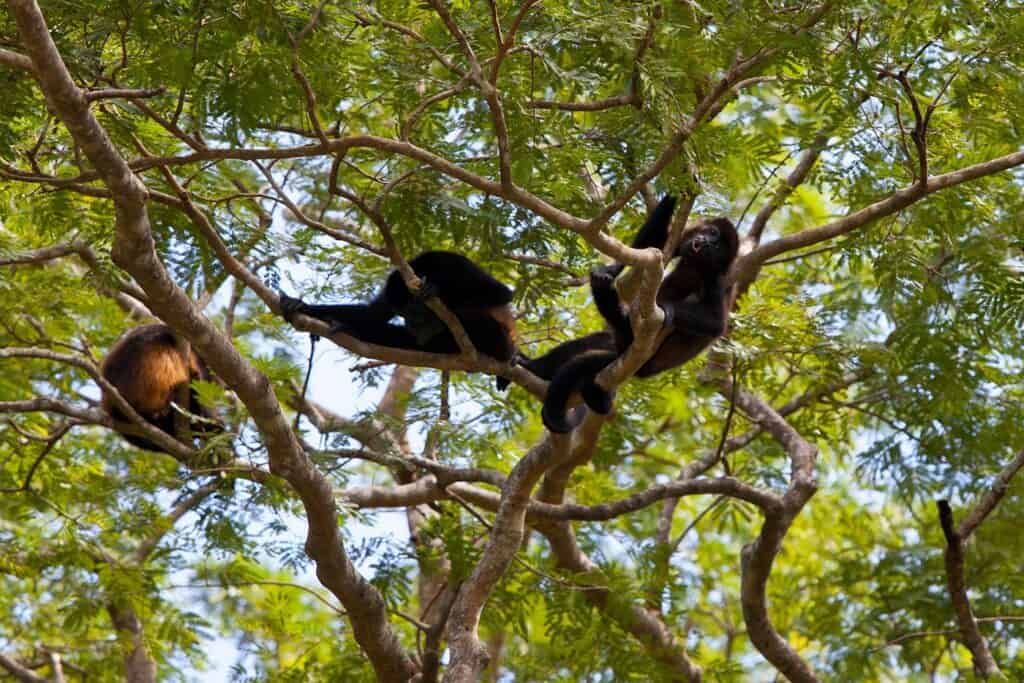 Howler monkeys are often seen (and heard) in the dry forest. © Brian Hutchinson

Mantled howler monkeys can be heard from more than half a mile away! 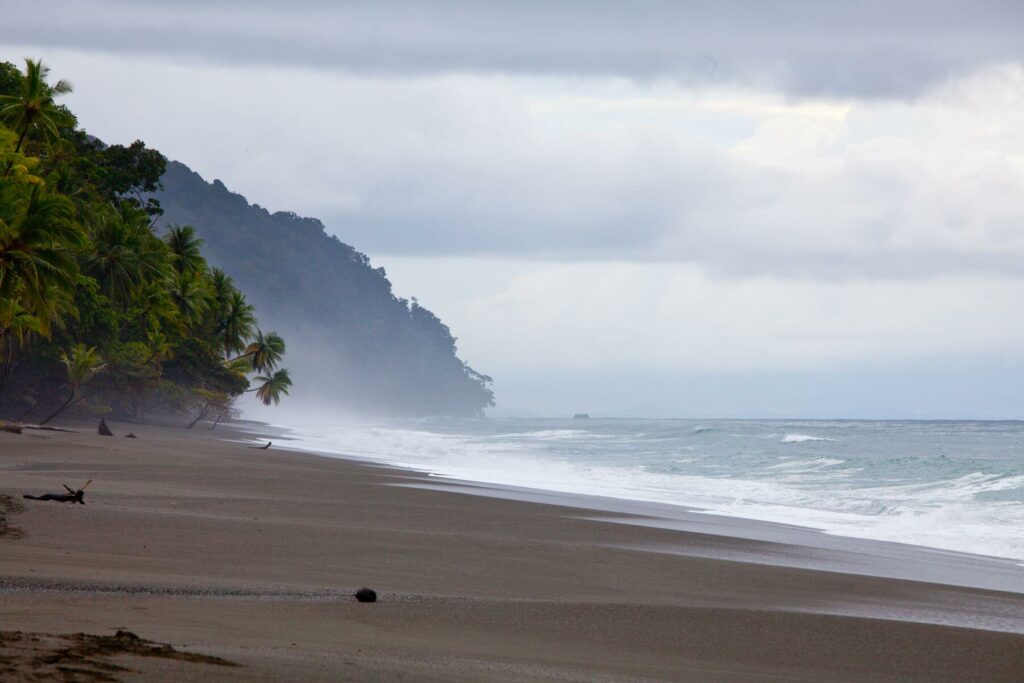 Rainforest meets the sea on the Osa Peninsula. © Brian Hutchinson

Spectacular and secluded coastlines are waiting to dazzle you on the Osa Peninsula. 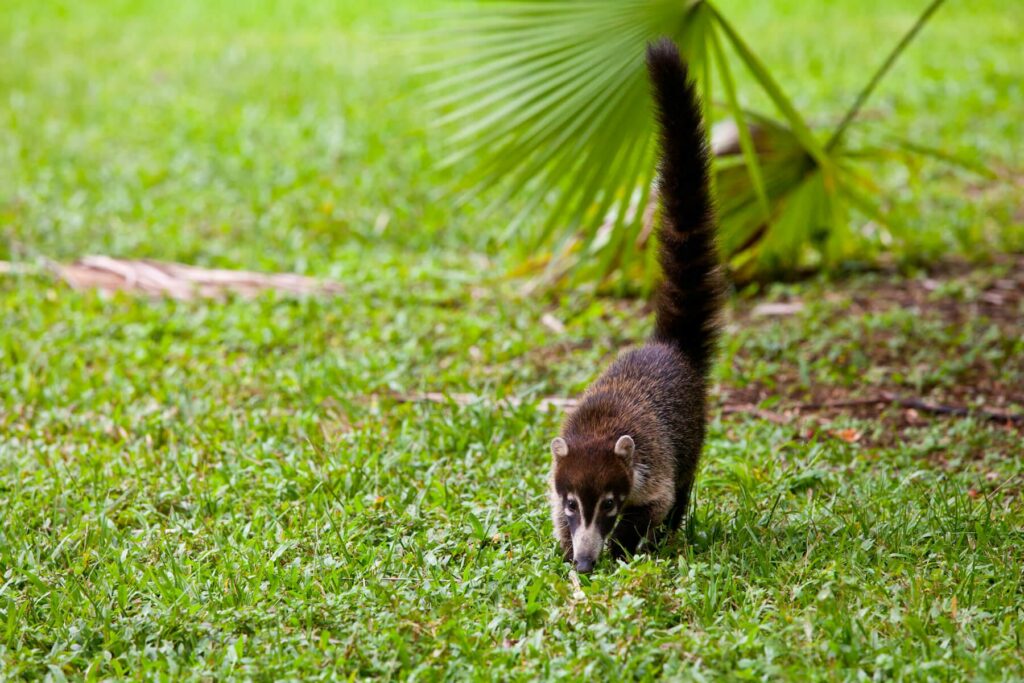 This fluffy critter is a coati. Like raccoons, coatis are highly intelligent. 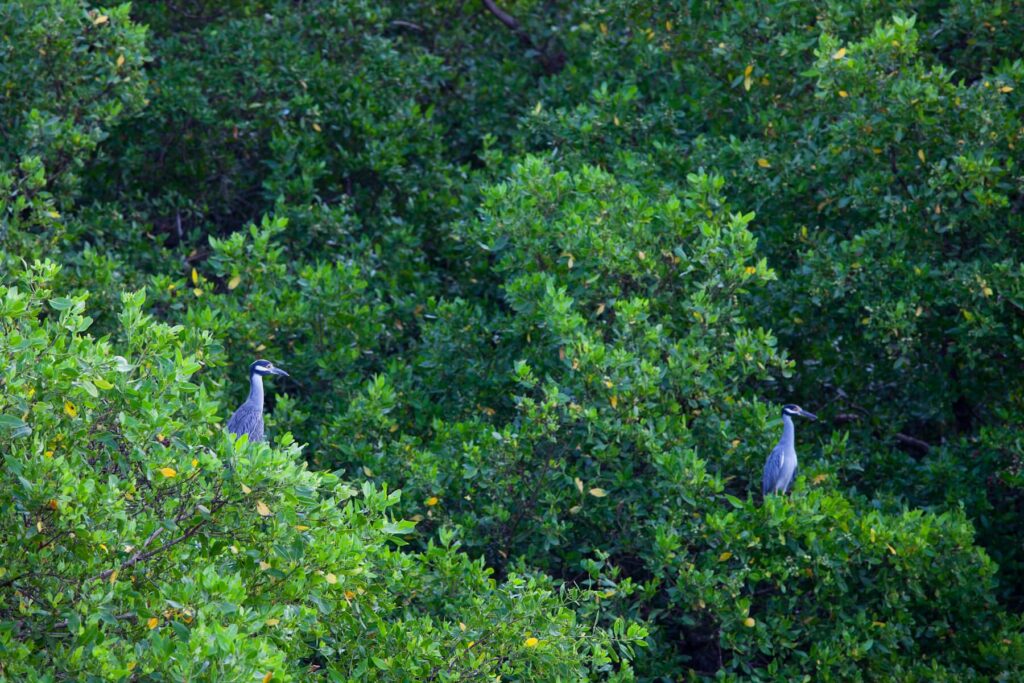 Yellow-crowned Night Herons perch in trees and feed predominantly on crabs and other crustaceans. 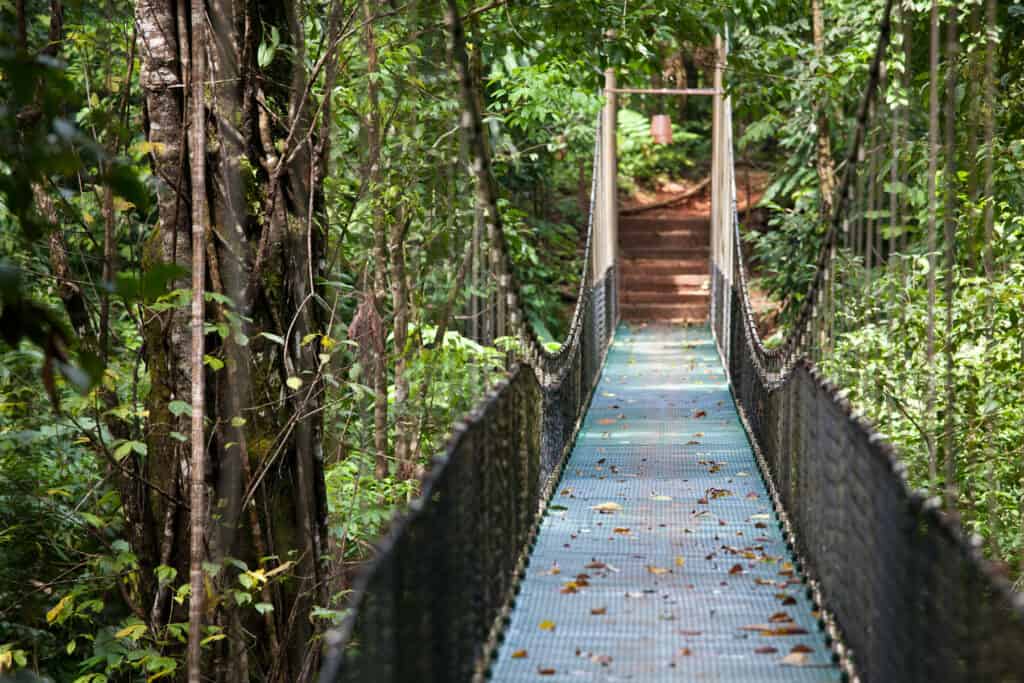 A canopy walk in the rainforest of the Osa Peninsula. © Brian Hutchinson

A canopy walk on the Osa Peninsula lets you experience the rainforest from a different perspective. 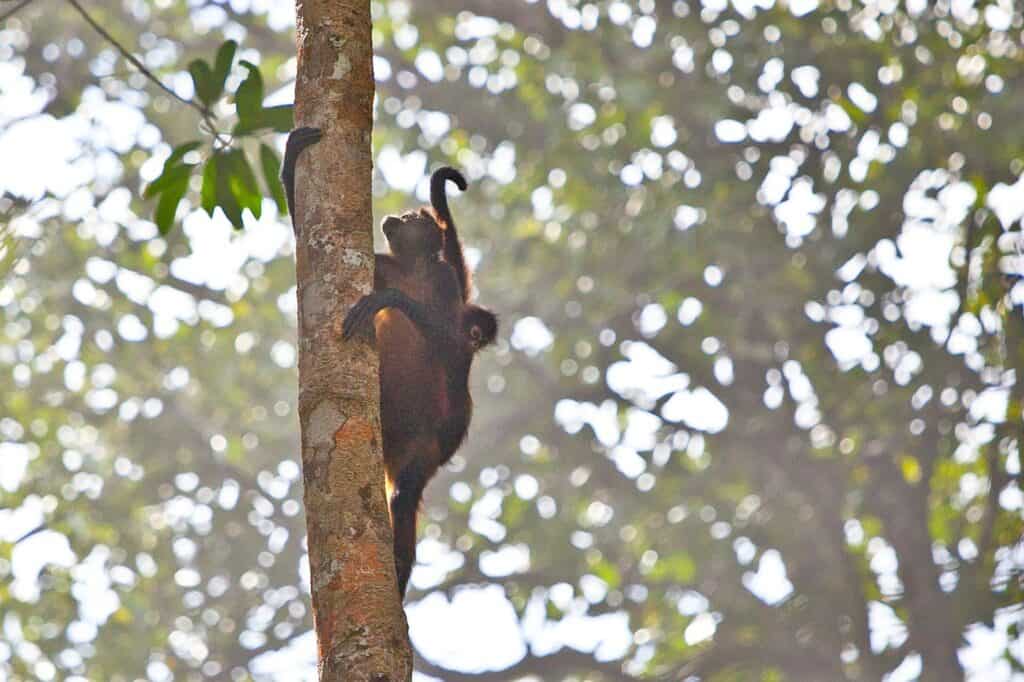 A spider monkey mother and baby on the Osa Peninsula. © Brian Hutchinson

Keep an eye out for spider monkeys carrying precious cargo. During our expedition we have a good chance to see all four primate species that call Costa Rica home. 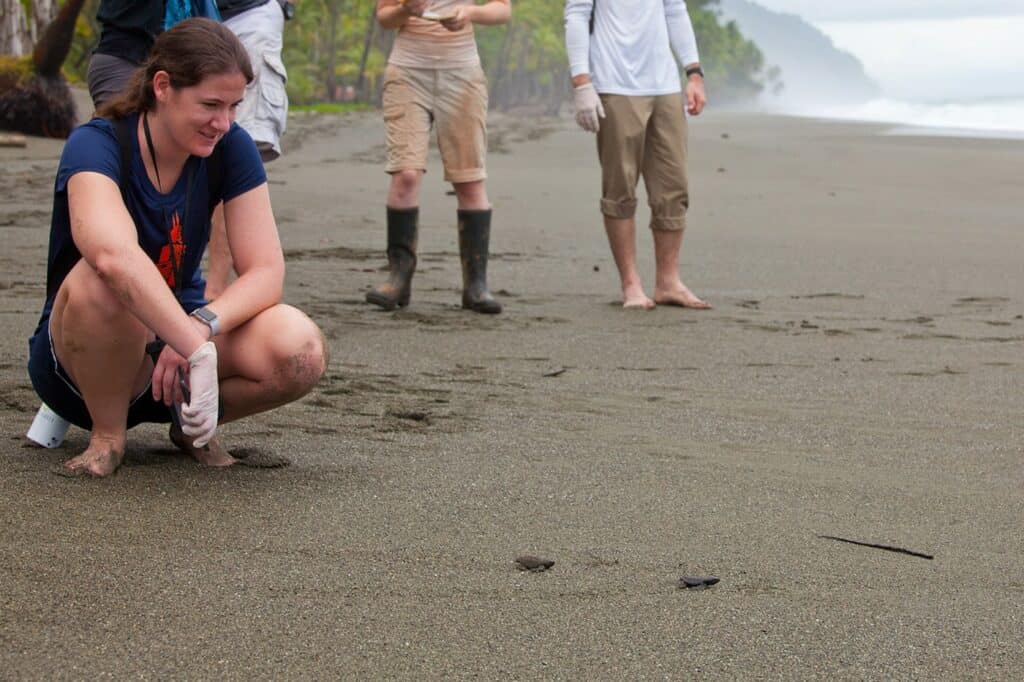 On our expedition, you’ll have the chance to watch newly hatched olive ridley sea turtles make their way to the ocean. 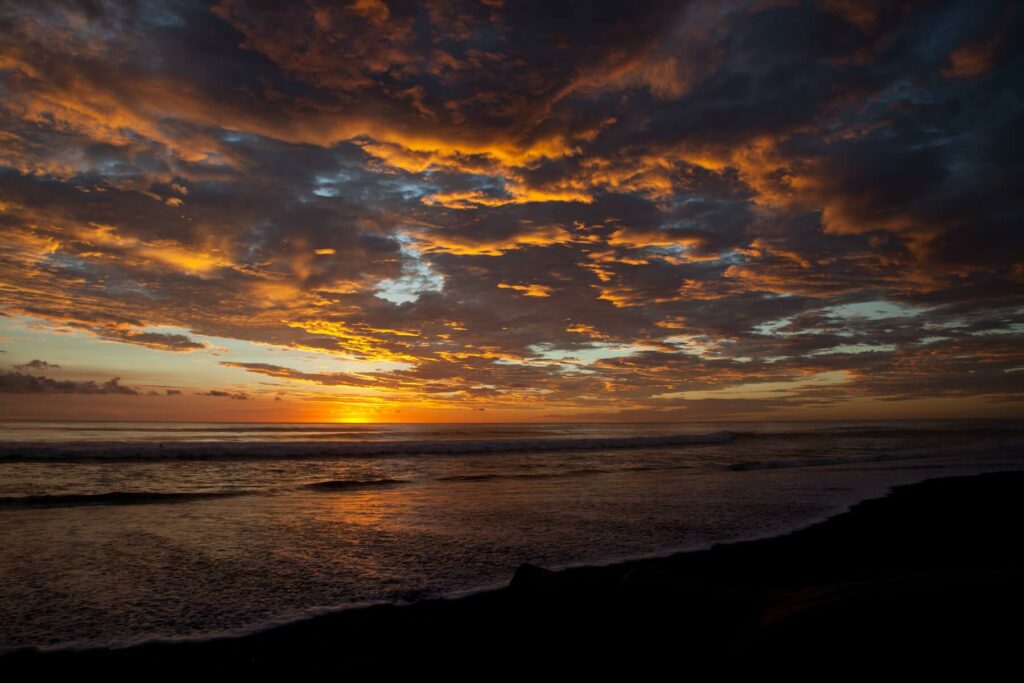 Join us to experience the natural beauty and wonder of Costa Rica. From lush rainforests, to active volcanoes and a stunning shoreline, our Costa Rica eco tours offer something for everyone.